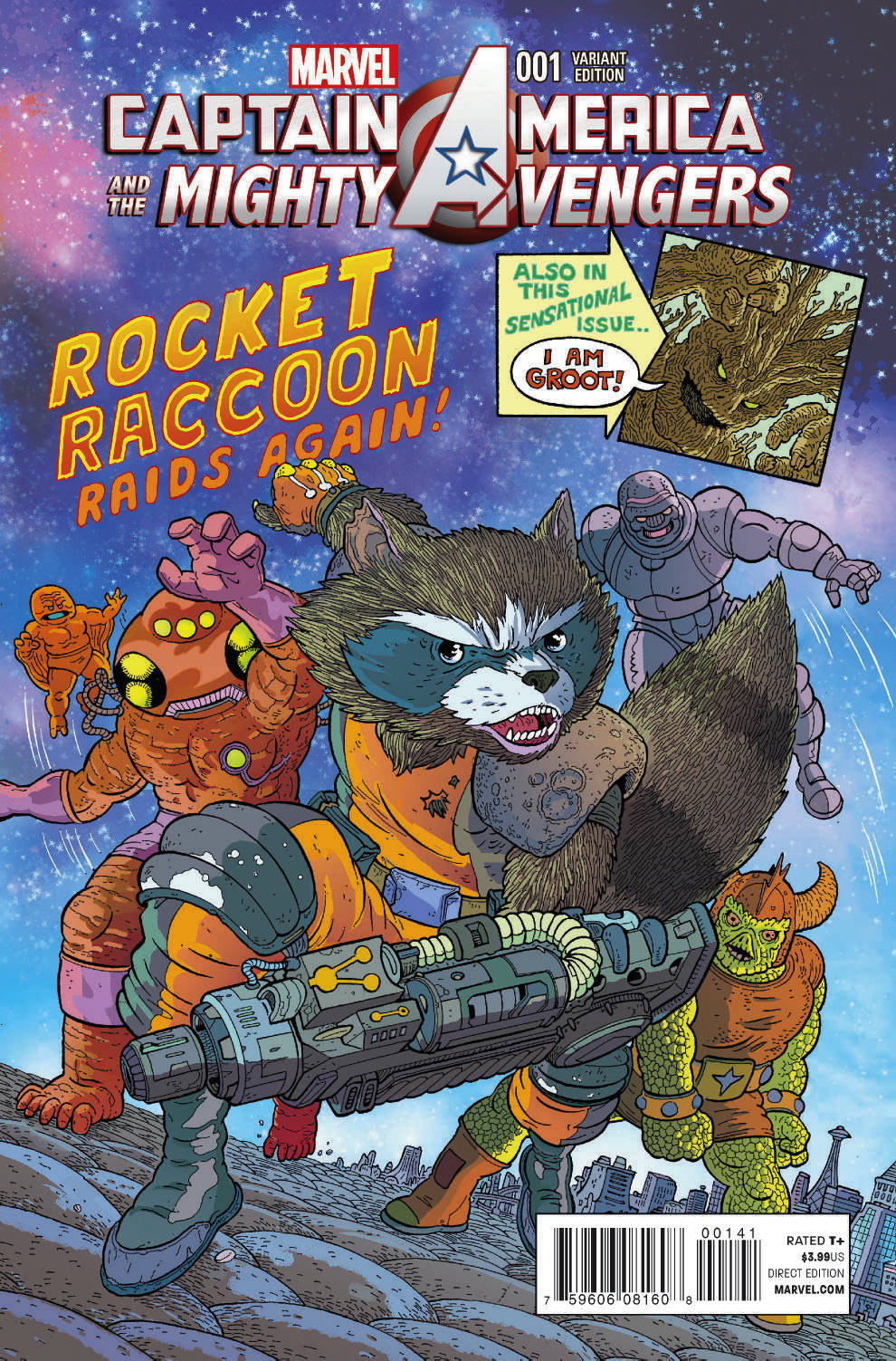 SEP140795
(W) Al Ewing (A) Luke Ross (CA) Ulises Farinas
AXIS TIE-IN!
Spinning directly out of AVENGERS & X-MEN: AXIS! Sam Wilson has become Captain America, and when he assembles the Mighty Avengers, he has a whole new mission statement in mind for Earth's Mightiest Heroes. But how do the events of AXIS already spell doom for the team's new direction? And what is Luke Cage doing meeting with the head of the notorious Cortex corporation? And why is Spider-Man trying to rejoin the team--doesn't he know Luke and Jessica have been itching for payback ever since he tried to take their daughter to Child Services back when he was "Superior"?!
They're the Avengers for the people, of the people - helping whoever needs it, however they need it.
And together with Sam Wilson - the all-new Captain America - they are Mighty.
But in the wake of the earth-shattering events of AXIS, are they truly together? Or about to fall apart?
Guest-starring the apologetic arachnid - Spider-Man!
Rated T+
In Shops: Nov 12, 2014
SRP: $3.99
View All Items In This Series
ORDER WISH LIST