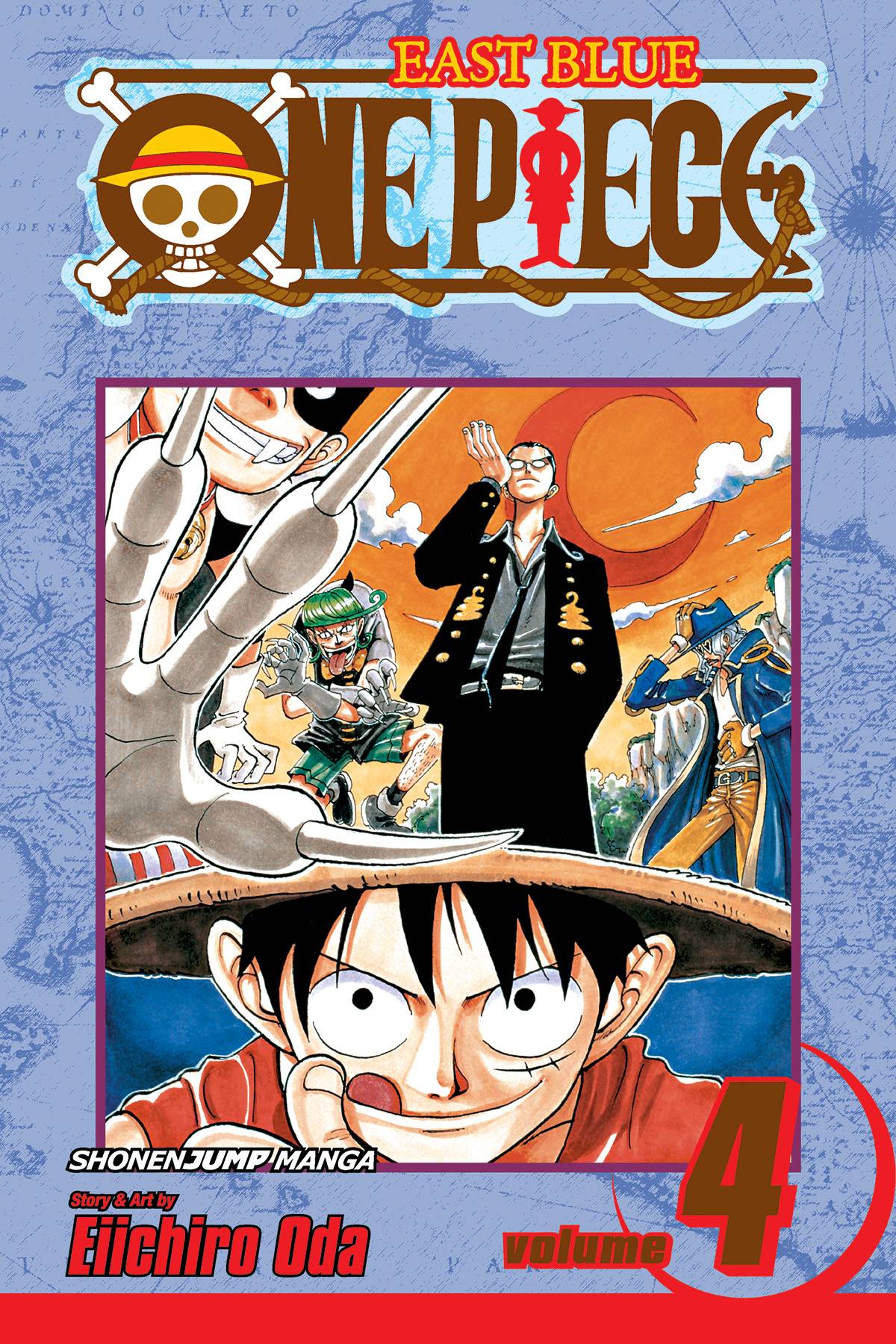 #
SEP138413
(W) Eiichiro Oda (A/CA) Eiichiro Oda
Captain Kuro of the Black Cat Pirates was the most feared evil genius on the high seas...until he vanished. Most people believe he's dead, but only his crew knows the truth: Captain Kuro has been laying low in a small seaside village, posing as a mild-mannered butler until the time for pillage is just right. Now that time has come, and the ruthless Black Cat Pirates are about to attack...

Unless, of course, Monkey D.Luffy can stop them! All Luffy has on his side are the sword-wielding first mate, Zolo; his thieving navigator, Nami; Usopp, a local kid with a knack for telling lies; and his own bizarre rubber-limbed powers. If these four amateur pirates want to stop the entire Black Cat crew, they'll have to come up with a pretty slick plan...
In Shops: Sep 17, 2014
SRP: $9.99
View All Items In This Series
ORDER SUBSCRIBE WISH LIST