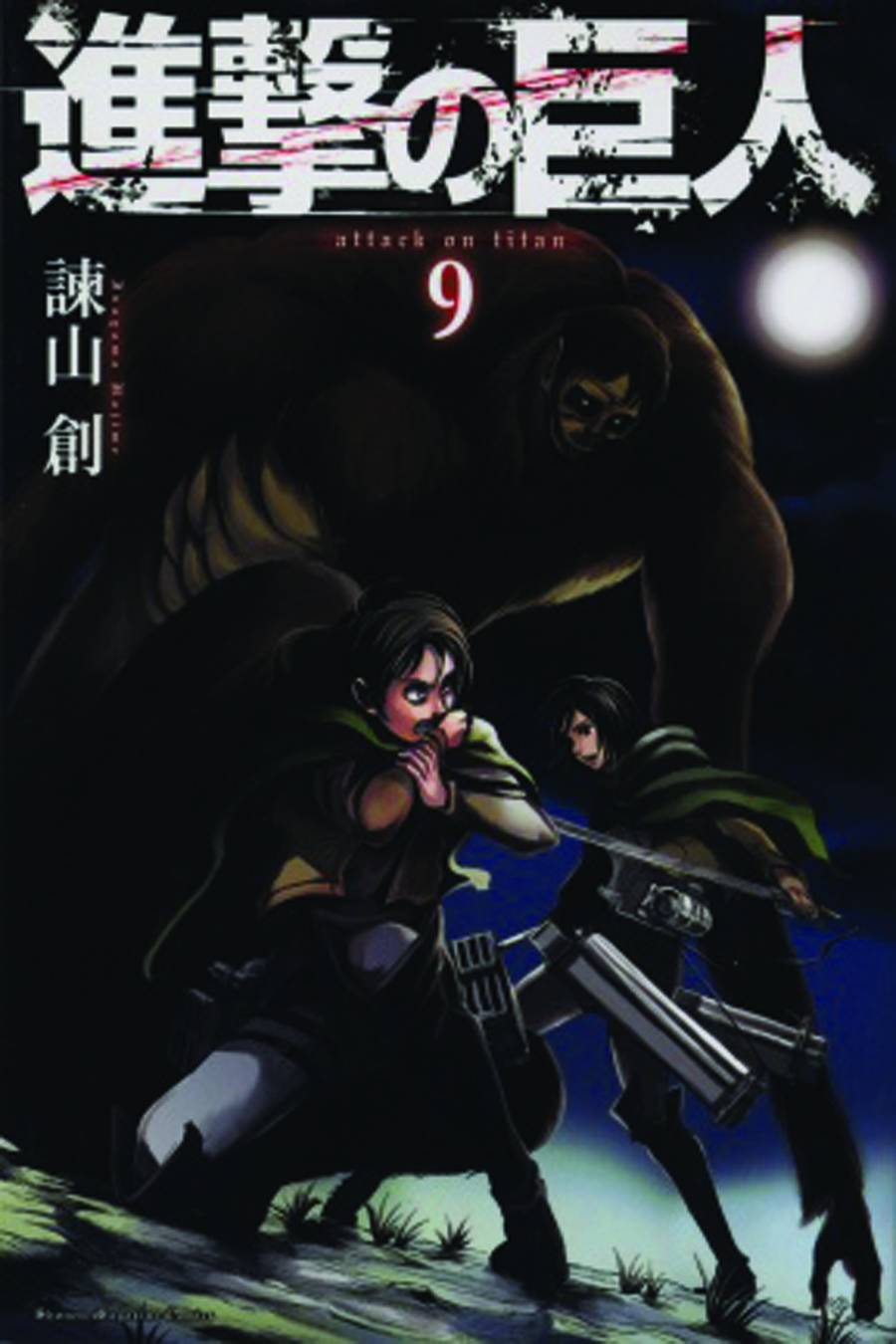 #
SEP131224
(W) Isayama Hajime (A/CA) Isayama Hajime
A Best-Seller in Japan! Humankind is down to just a few thousand people, all living inside a city surrounded by three concentric walls, 100 meters tall. These walls protect them from the ravenous giants known as the Titans. Seemingly unintelligent, they have roamed the world feeding off mankind for years. For the past century, the remnants of humanity Have dwelt behind their walled city, secure in the belief that its walls would protect them from the 10 to 20 meter tall Titans. But the sudden appearance of of an immense new Titan is about to change everything...