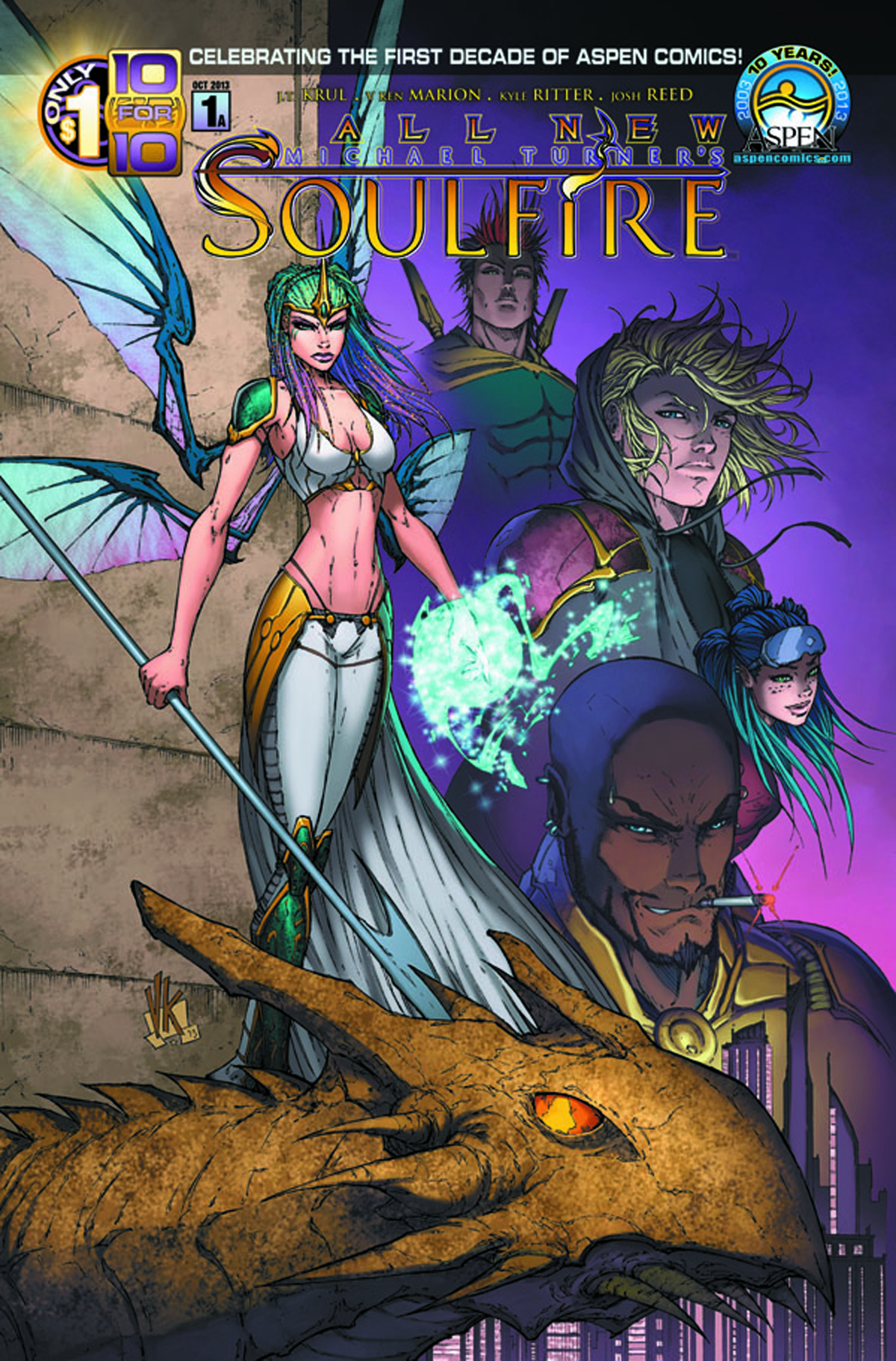 SEP130911
(W) J. T. Krul, Frank Mastromauro (A) Mark Roslan (A/CA) V Kenneth Marion
Aspen's final '10 for 10' series makes its red-hot debut!
In the future, technology is everywhere, but there's a greater source of power and wonder now out there - magic! After saving the world from the destructive force of chaos itself, Malikai and his friends try to return to a life of normalcy. PJ is determined to be Benoist's heir in the battle arena, where cybernetic technology rules the day. Malikai is just happy to be with Sonia again, yet he can't help see that Grace is still haunted by the scars of the past. Meanwhile, a secret danger grows in the shadows between magic and technology, and it has a name - RAINIER! Don't miss this exciting premiere issue of the ALL NEW SOULFIRE!