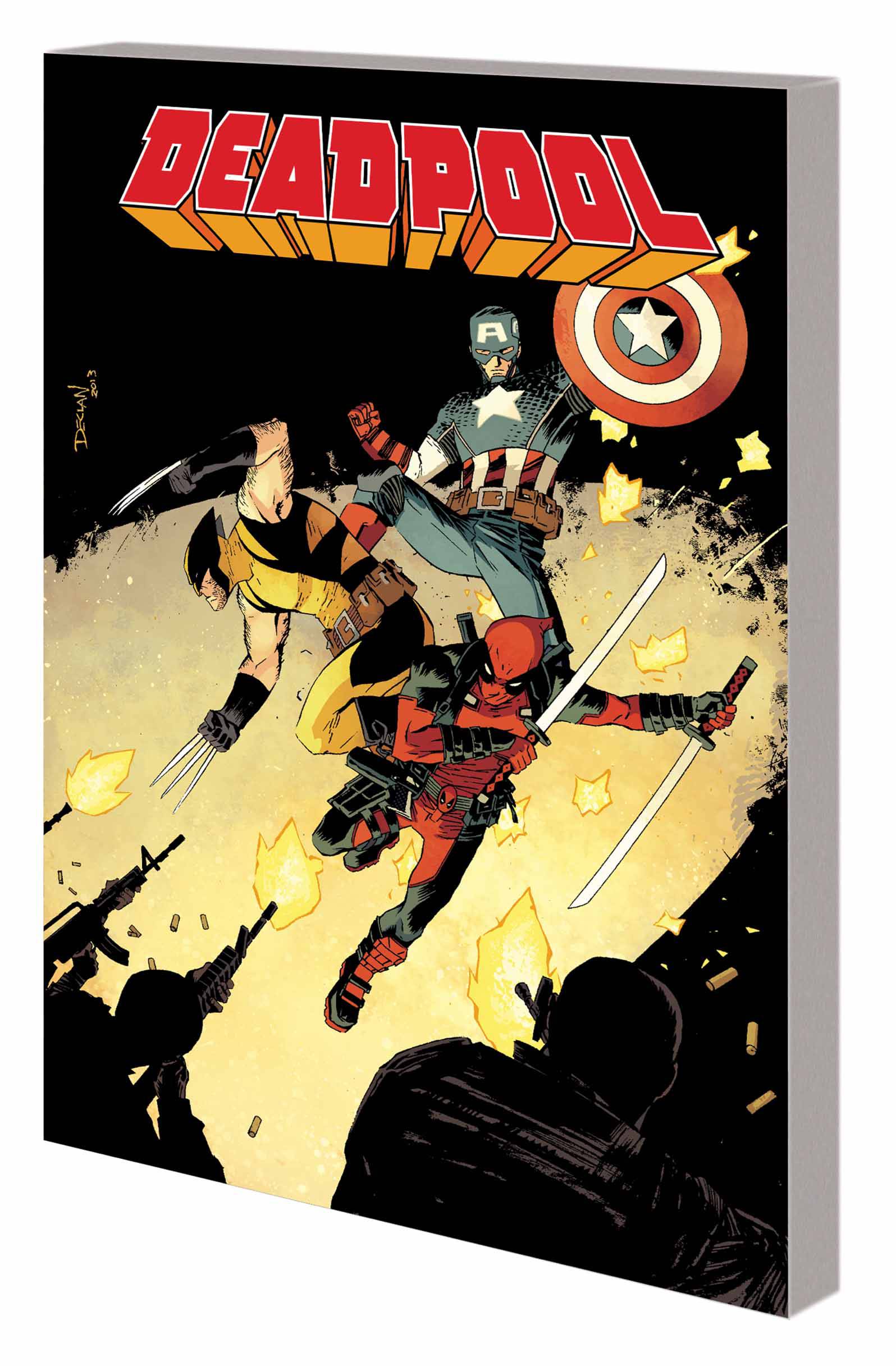 #
SEP130800
(W) Brian Posehn, Gerry Duggan (A) Scott Koblish (A/CA) Declan Shalvey
It begins with a lost Deadpool adventure from the groovy seventies as DP hits the streets with Power Man and Iron Fist! But when the threat the Trio-For-Hire faced resurfaces in the modern day, Deadpool must track down his old pals for a rematch! Then, when Deadpool's past in the Weapon X Program returns to haunt him, he recruits fellow Weapon Plus alums - and reluctant allies - Wolverine and Captain America! In the heart of the enemy's clutches, the three get sucked deeper into the mysteries they uncover - but when the heroes learn that Deadpool's past has been weaponized, can they unite to take this new threat down in time? Collecting DEADPOOL (2012) #13-19.
In Shops: Dec 18, 2013
SRP: $15.99
View All Items In This Series
ORDER WISH LIST