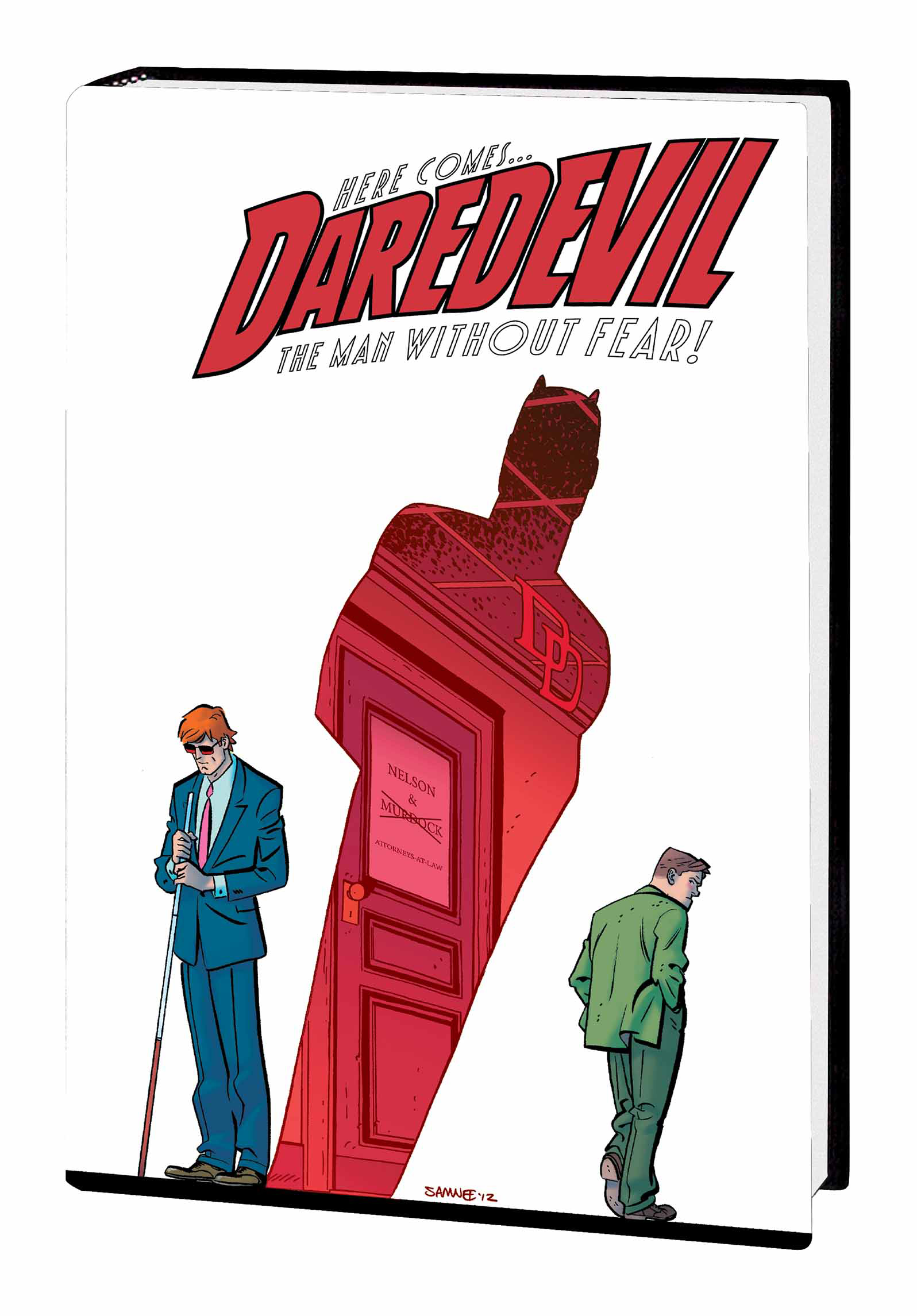 SEP130791
(W) Mark Waid, Greg Rucka (A) Marco Checchetto, Khoi Pham, Michael Allred (A/CA) Chris Samnee
Mark Waid's epic re-invigoration of the Man Without Fear continues! Daredevil and Spider-Man form a shaky alliance with not one, but two Punishers to obtain the invaluable Omega Drive - which contains the information needed to dismantle an international criminal network. But the plan goes pear-shaped when one hero betrays the group! Then, Daredevil undergoes urgent brain surgery as size-changing scientiest Hank Pym enters his head to destroy sensory-deprivation robots implanted by Dr. Doom. But Daredevil's recovery hits a snag when he starts to question reality. His best friend, Foggy Nelson - believing Matt is losing his mind, and that he presents a danger to himself and others - dissolves their law partnership...and their friendship! Ghosts from Daredevil's past return to haunt him in a mind-bending adventure that leaves him second-guessing his sanity as he faces off against dangerous new villain the Coyote. Collecting DAREDEVIL (2011) #11-21, AVENGING SPIDER-MAN #6 and PUNISHER (2011) #10.
In Shops: Feb 12, 2014
SRP: $34.99
View All Items In This Series