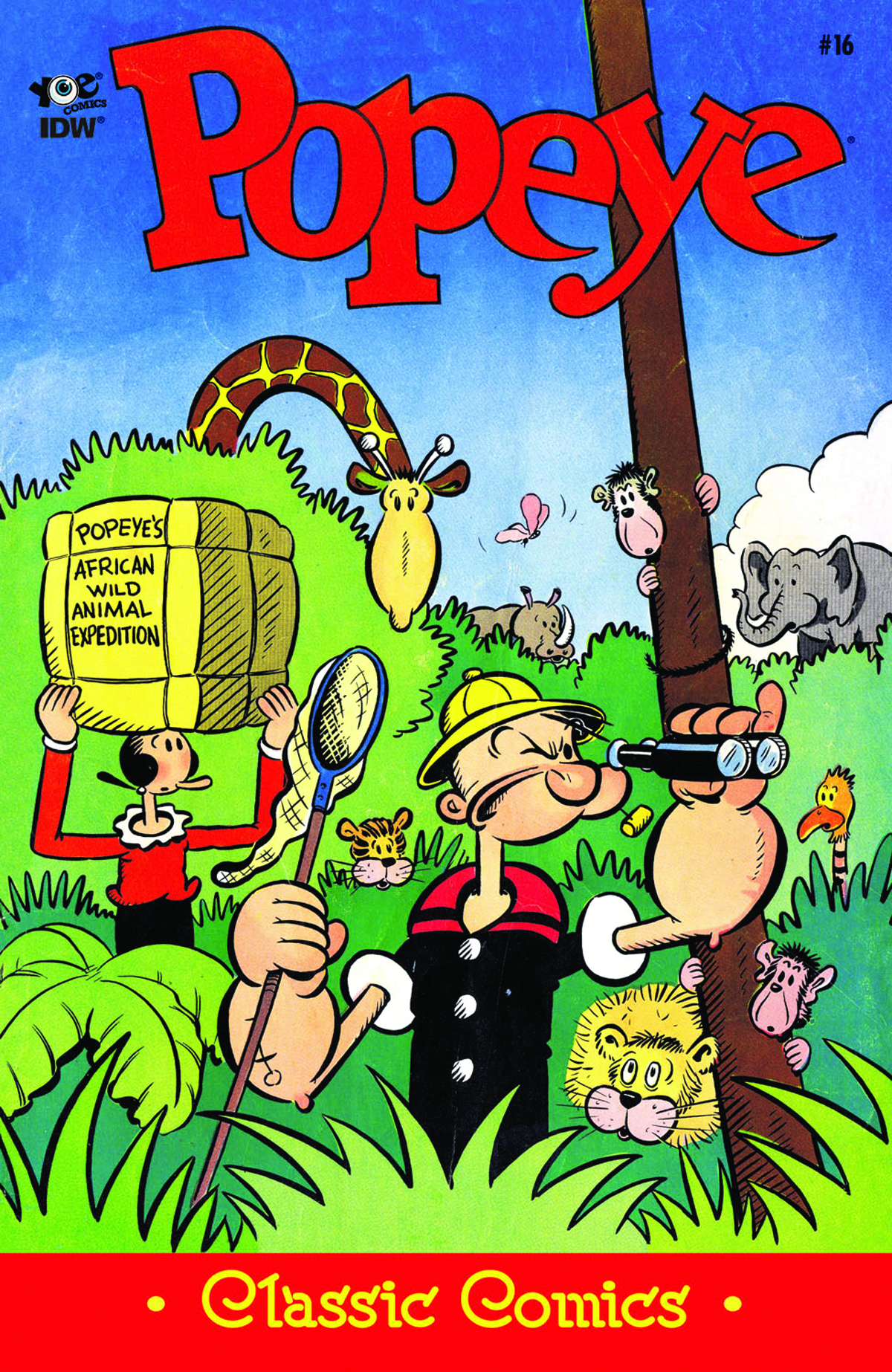 SEP130369
(W) Bud Sagendorf (A/CA) Bud Sagendorf
The World's First Superhero, the one-eye sailor, supreme spinach lover, champion of the oppressed: POPEYE!  He stars in five great comic stories in this thick issue: New Zoo, Gold Shipment, Grand Opening, Sammy Bug and Woah!  And you'll see his crew, Olive Oyl, Swee'pea and Wimpy and dastardly villains, too! Will Popeye and hilarity prevail? I believe you know the answer, but the fun is getting there! Popeye Classics: putting the comic in comic books: WOAH!
In Shops: Nov 13, 2013
SRP: $3.99
View All Items In This Series
ORDER WISH LIST