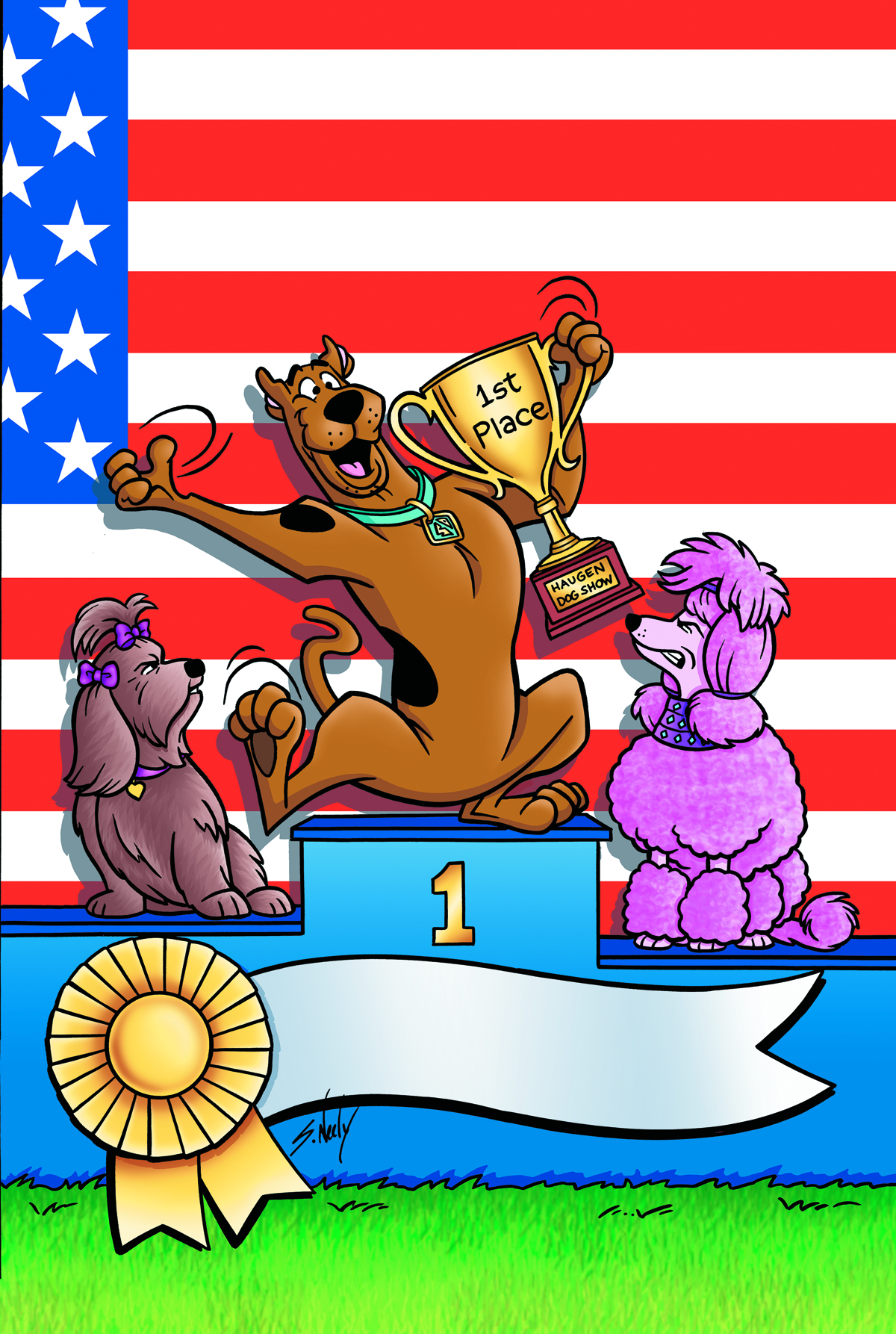 SEP130298
(W) Heather Nuhfer, John Rozum, Darryl Taylor Kravitz (A) Robert Pope, Scott McRae (CA) Scott Neely
Shaggy and Scooby weren't excited about the Dog Show, but when some of the pooches go missing, the gang has to solve the mystery. And Scooby's not just AT the Dog Show-he's going to be a contestant!
In Shops: Nov 06, 2013
SRP: $2.99
View All Items In This Series