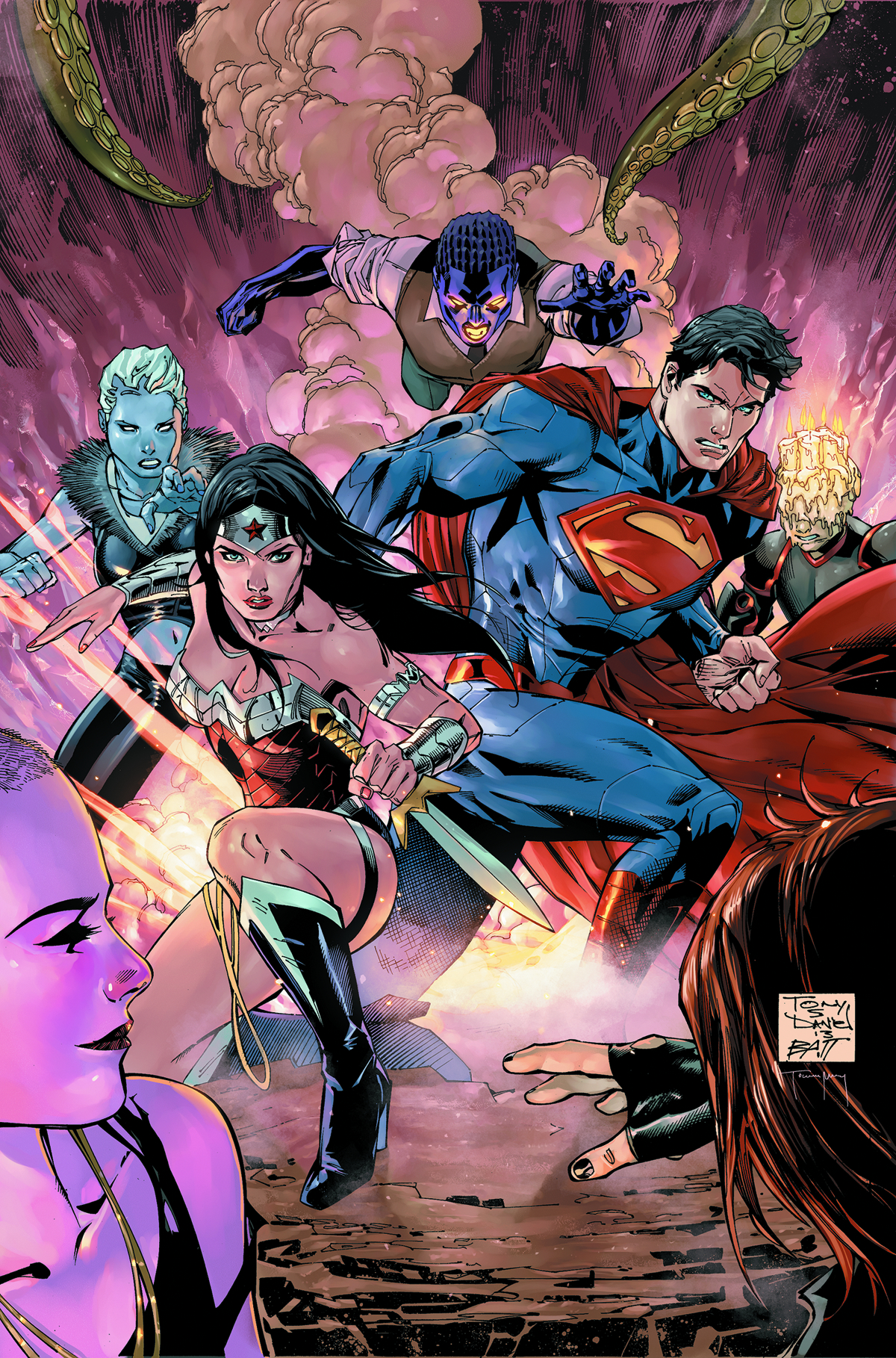 SEP130207
(W) Charles Soule (A) Matt Batt Banning (A/CA) Tony S. Daniel
Whom the gods destroy, first they piss off! Seeking help against Doomsday, Diana turns to her brother Hephaestus for weapons-but a more immediate threat is Apollo and the other gods. They do not approve of Superman as a consort to Diana, and he will have to prove himself in combat!
This issue is also offered as a combo pack edition with a redemption code for a digital download of this issue.
In Shops: Nov 13, 2013
SRP: $4.99
View All Items In This Series