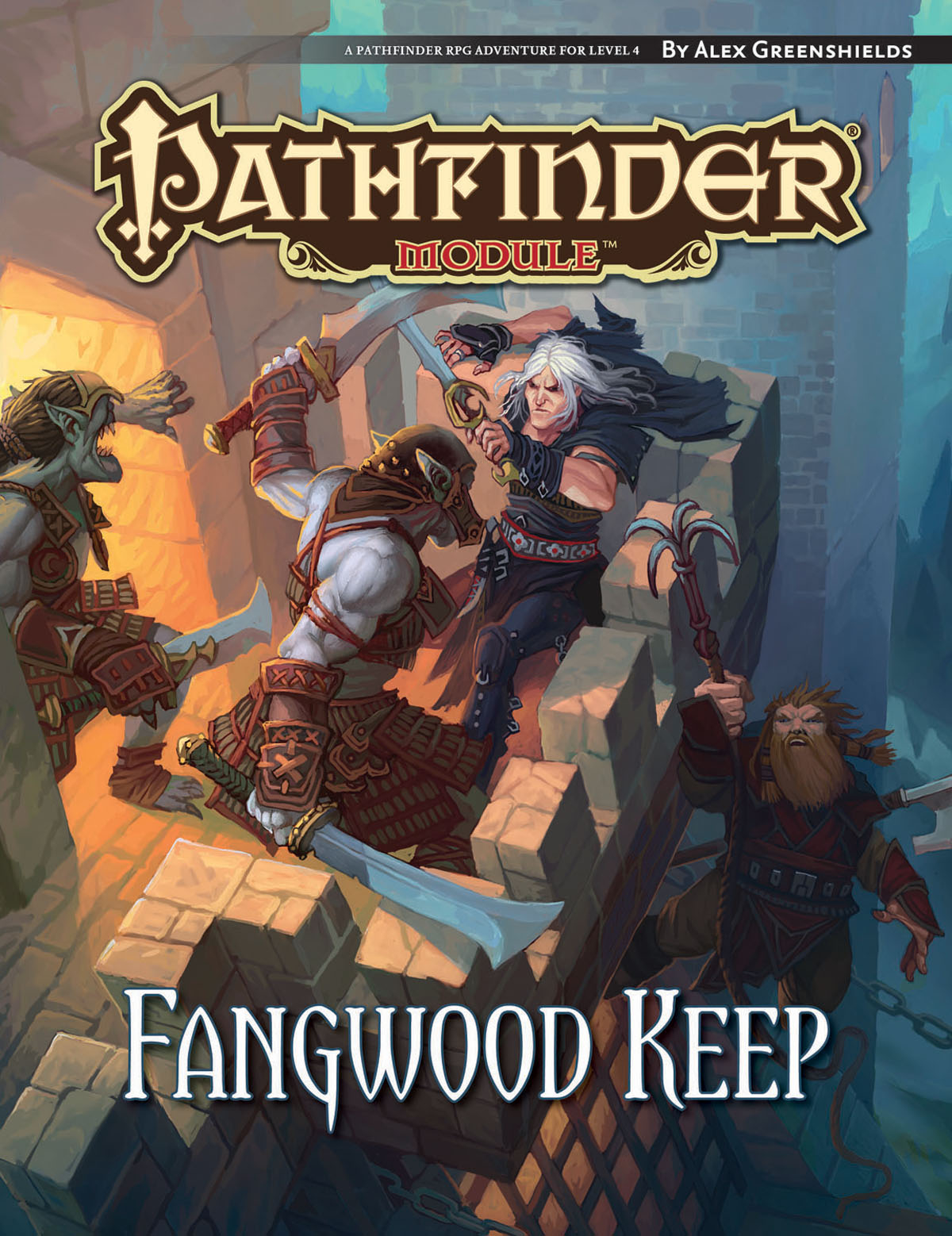 SEP122078
(W) Alex Greenshields (A) Eric Braddock, Scott Murphy, Jason Rainville
The natives of the vast, deep forest of Fangwood have been engaged in a decades-long war since the northern nation of Nirmathas declared its independence from the militaristic general lords of Molthune. Amid the stalemate, one Molthuni commander led a small but elite regiment of soldiers over the Nirmathi line, and took an isolated fort near the southern edge of the forest. Can the heroes infiltrate the secure fortress to defeat the rebel force, or will the rogue commander's sinister motivations go unchecked? Fangwood Keep is an adventure for 4th-level characters, written for the Pathfinder Roleplaying Game and compatible with the 3.5 edition of the world's oldest RPG.