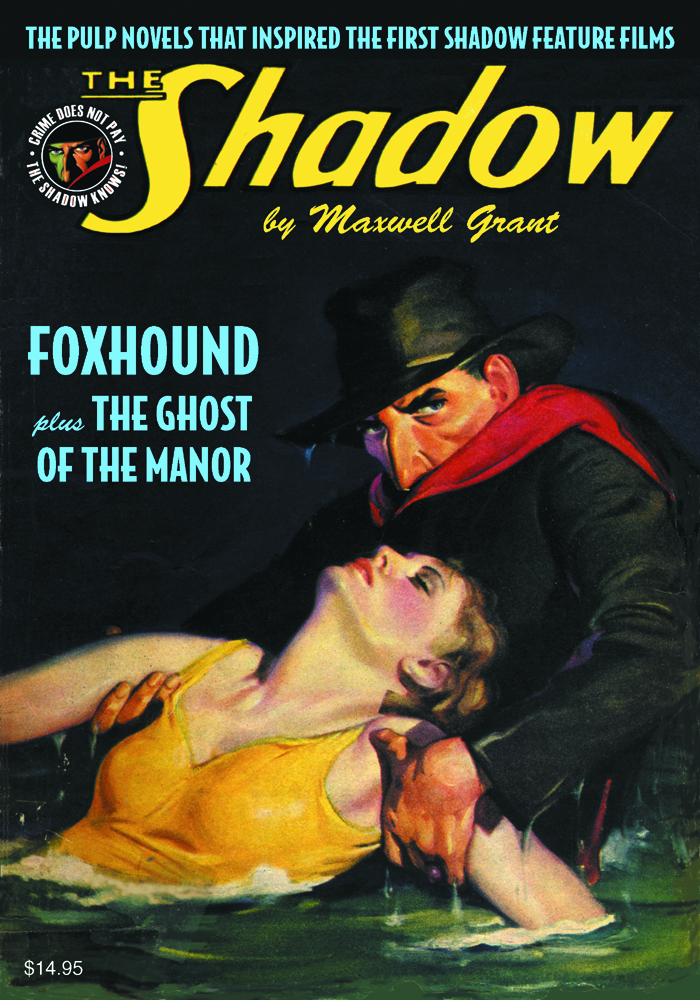 SEP121410
The Knight of Darkness crushes crime in the classic pulp novels that inspired Hollywood's first two Shadow feature films! First, the bizarre terms of a dead man's will lead to a series of murders that will condemn an innocent man unless The Shadow can unmask the true killer in Walter Gibson's "The Ghost of the Manor," the inspiration for the 1937 film, "The Shadow Strikes." Then, the Dark Avenger hunts a sadistic blonde murderess and the masked supervillain known as "Foxhound" in Theodore Tinsley's violent novel that was filmed in 1938 as "International Crime."
In Shops: Nov 14, 2012
SRP: $14.95
View All Items In This Series
ORDER SUBSCRIBE WISH LIST