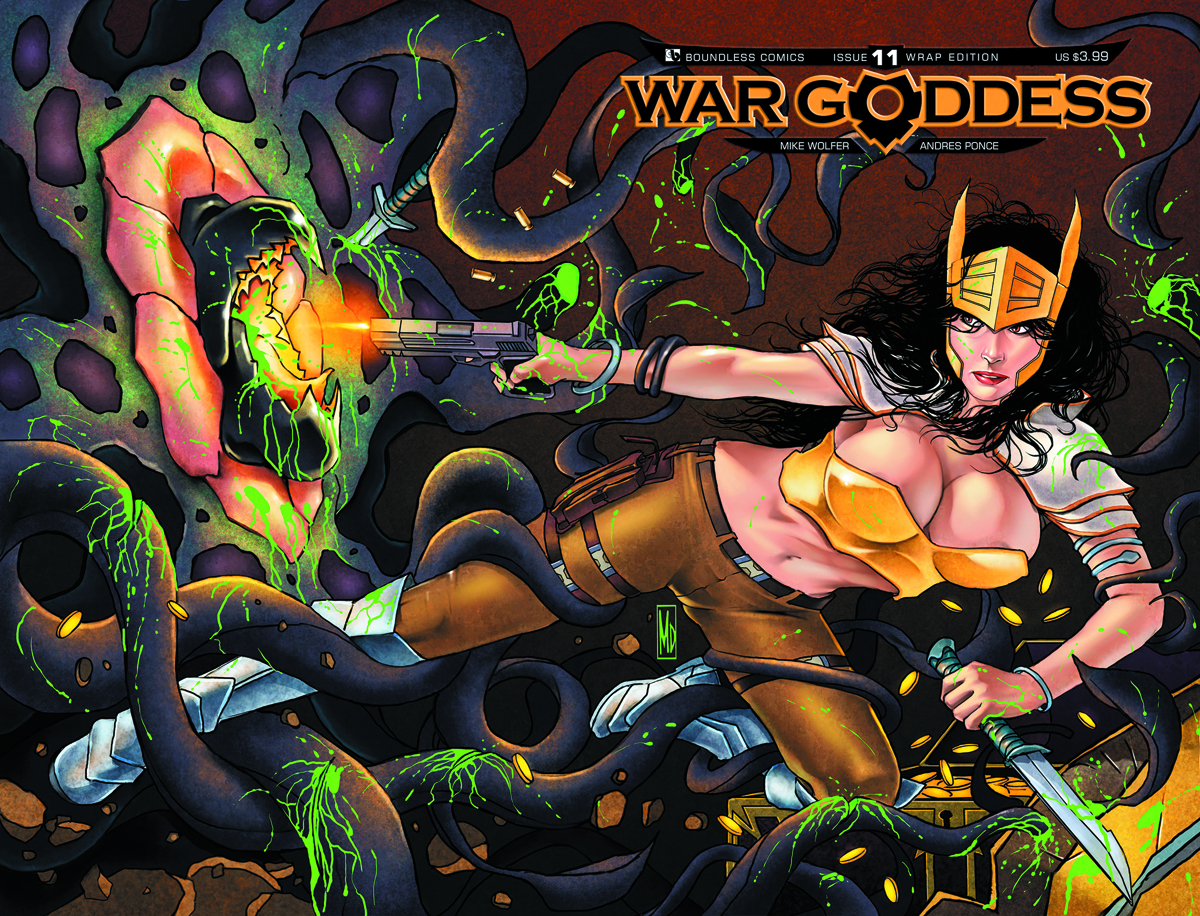 San Francisco is under attack, but there was no way that the mobilized forces of the US Army could have been prepared for the unstoppable threat opposing them on the streets of Chinatown. Not only is the dark matter villainess impervious to all firepower directed against her, she is also resurrecting the human casualties to create an attack force of undead warriors!  Available with a Regular cover by Jason Eden,  Sultry cover by Renato Caceres, as well as a Wraparound and a special Art Nouveau Retailer Order Incentive by painter Michael Dipascale!