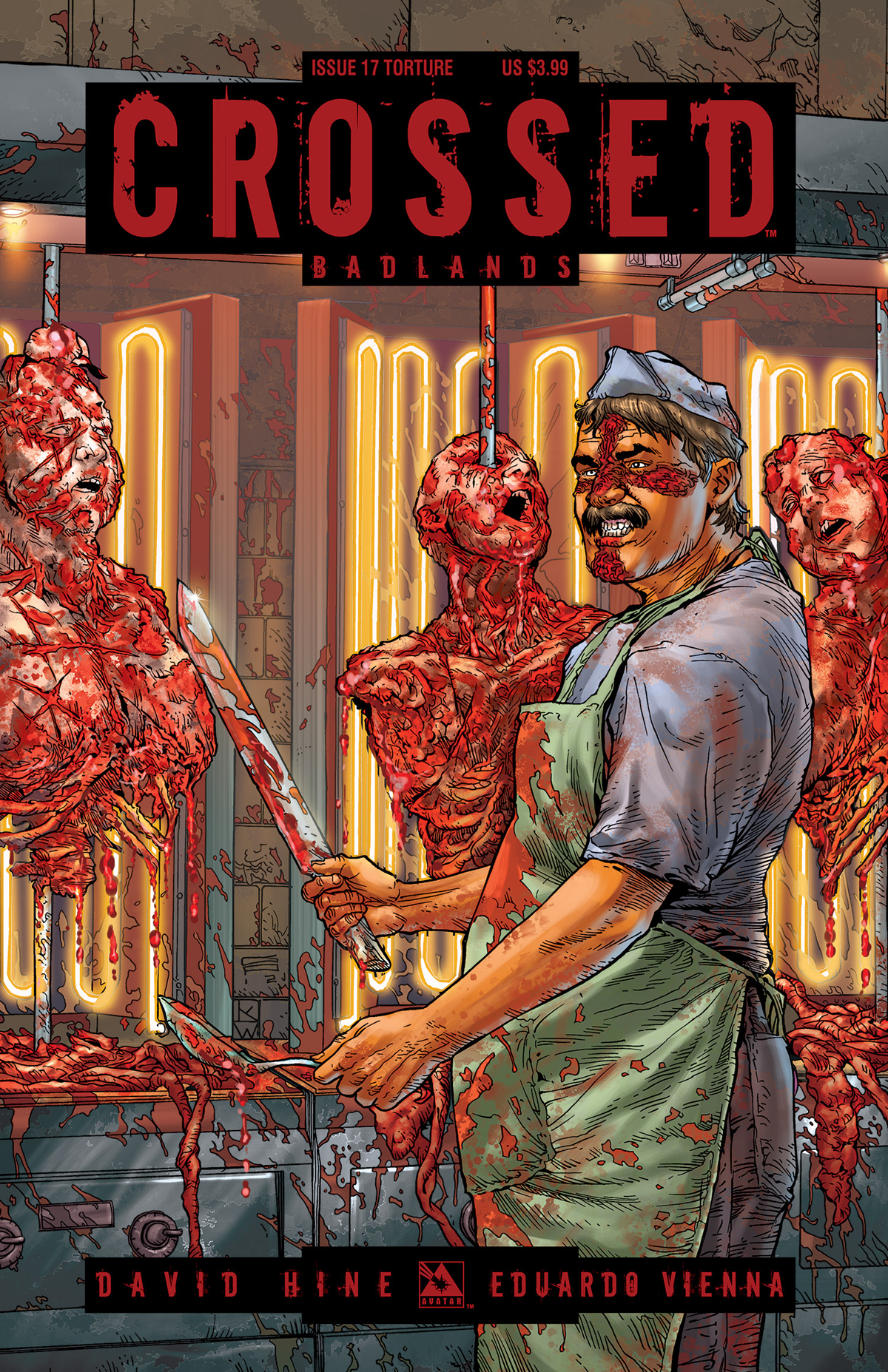 Gideon Wells promised his students they would learn some hard truths about themselves at his Writers Retreat.  In fact, they are just learning about how Wells can manipulate them against each other and into revealing their darkest secrets.  But when you push people past their breaking point, horrific choices are made.  Like unleashing the Crossed.  Now it's a lesson in survival and sheer horror as they see their hidden inner desires and excesses turned real as the Crossed virus lets them look at the monsters within.  Available with a Regular cover by Raulo Caceres, a Wraparound or Torture by Gianluca Pagliarani,  and a special Red Crossed Incentive by Caceres.