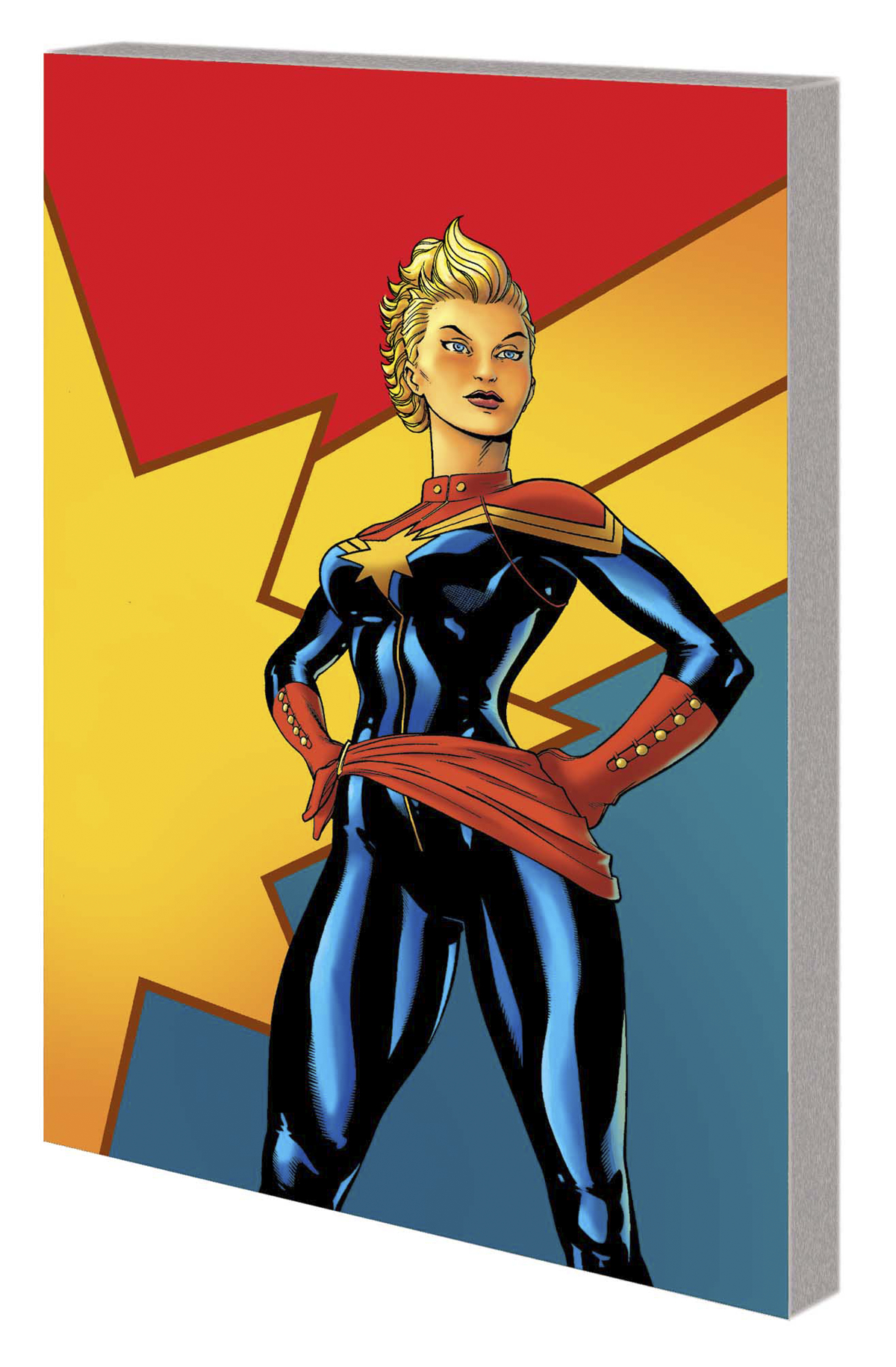 SEP120697
(W) Kelly Sue DeConnick (A) Dexter Soy (CA) Ed McGuinness
The "Mightiest" of Earth's Mightiest Heroes is back! Ace pilot. Legendary Avenger. One hundred percent pure bad-^&*. Carol Danvers has a new name, a new mission - and all the power she needs to make her own life a living hell. As the new Captain Marvel, Carol is forging a new future for herself, but finds she can't walk away from a challenge from her past! It's a firefight in the sky as the Banshee Squadron debut - but who are the Prowlers, and where has Carol seen them before? And how does secret NASA training program Mercury 13 fit in? Witness Captain Marvel in blazing battlefield action that just may change the course of history! Avengers Time Travel Protocols: engage! Collecting CAPTAIN MARVEL (2012) #1-6.
In Shops: Dec 19, 2012
SRP: $14.99
View All Items In This Series