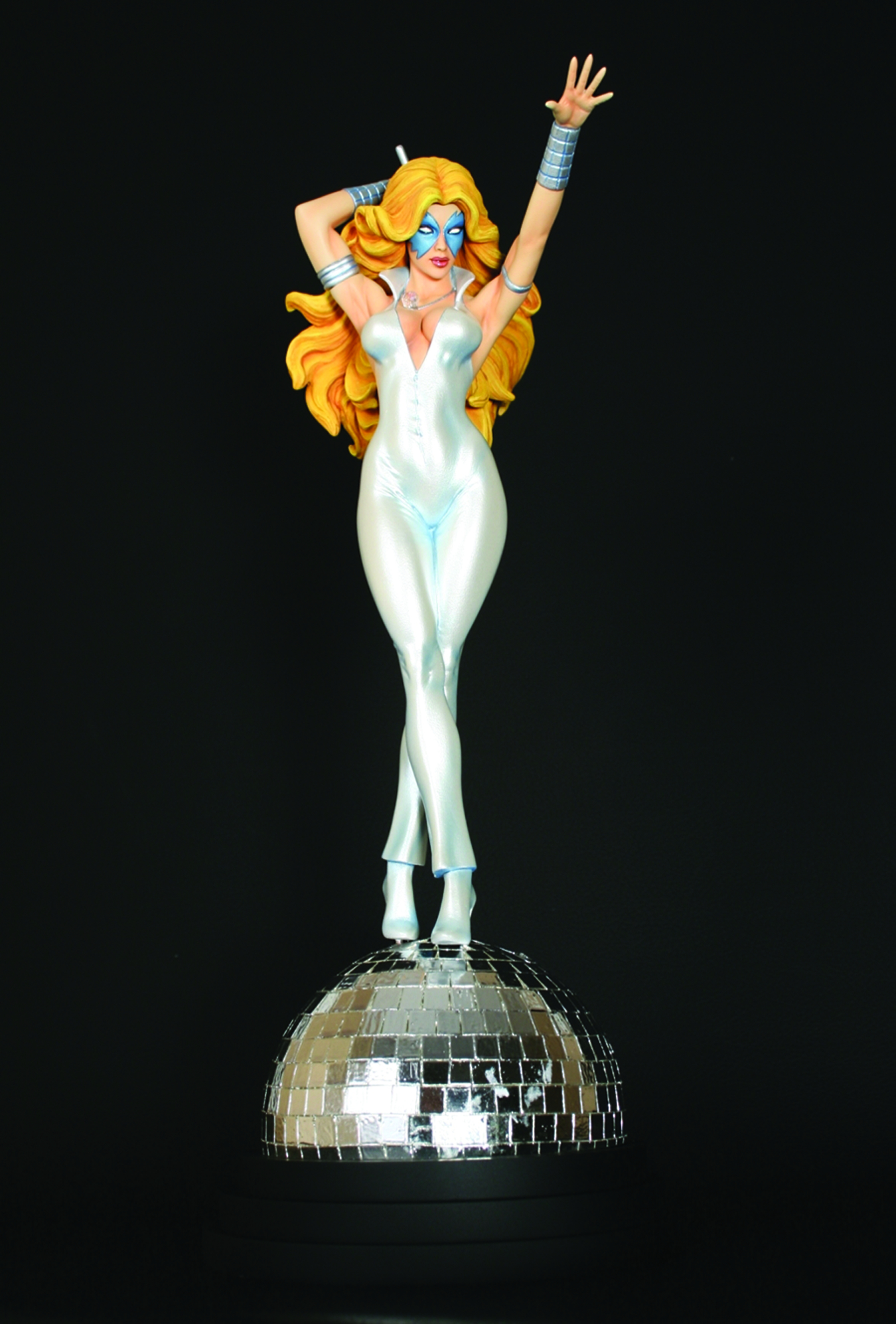 SEP111709
Alison Blaire, the so-called "Disco Dazzler" made her Marvel Comics debut in February 1980's Uncanny X-Men #130, and went on to a solo series and team affiliations with the X-Men and Excalibur. A mutant with the ability to channel sonic vibrations into light and energy beams, her career lasted much, much longer than the disco craze from which she was born. Sculpted by Mike Cusanelli, the 14.5" tall Dazzler statue features a genuine crystal pendant and stands atop a chromed disco ball display base.