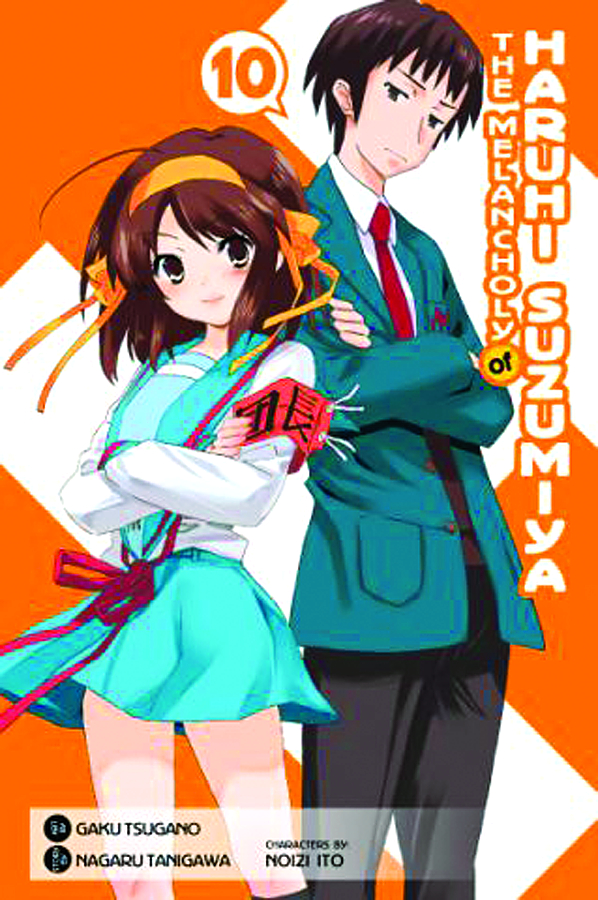 SEP111295
(W) Nagaru Tanigawa, Noizi Ito (A/CA) Gaku Tsugano
(W) Noizi Ito, Nagaru Tanigawa (A) Gaku Tsugano
Quite out of the blue, Kyon receives a phone call from his middle school classmate Nakagawa. Six months ago, he spotted Kyon walking with the most beautiful girl he'd ever seen and instantly fell in love! Now he wants Kyon's help conveying his feelings. But Nakagawa has no idea that the fair maiden who stole his heart is actually an otherworldly being... Nagato? How will the stoic relic react to Nakagawa's affections?