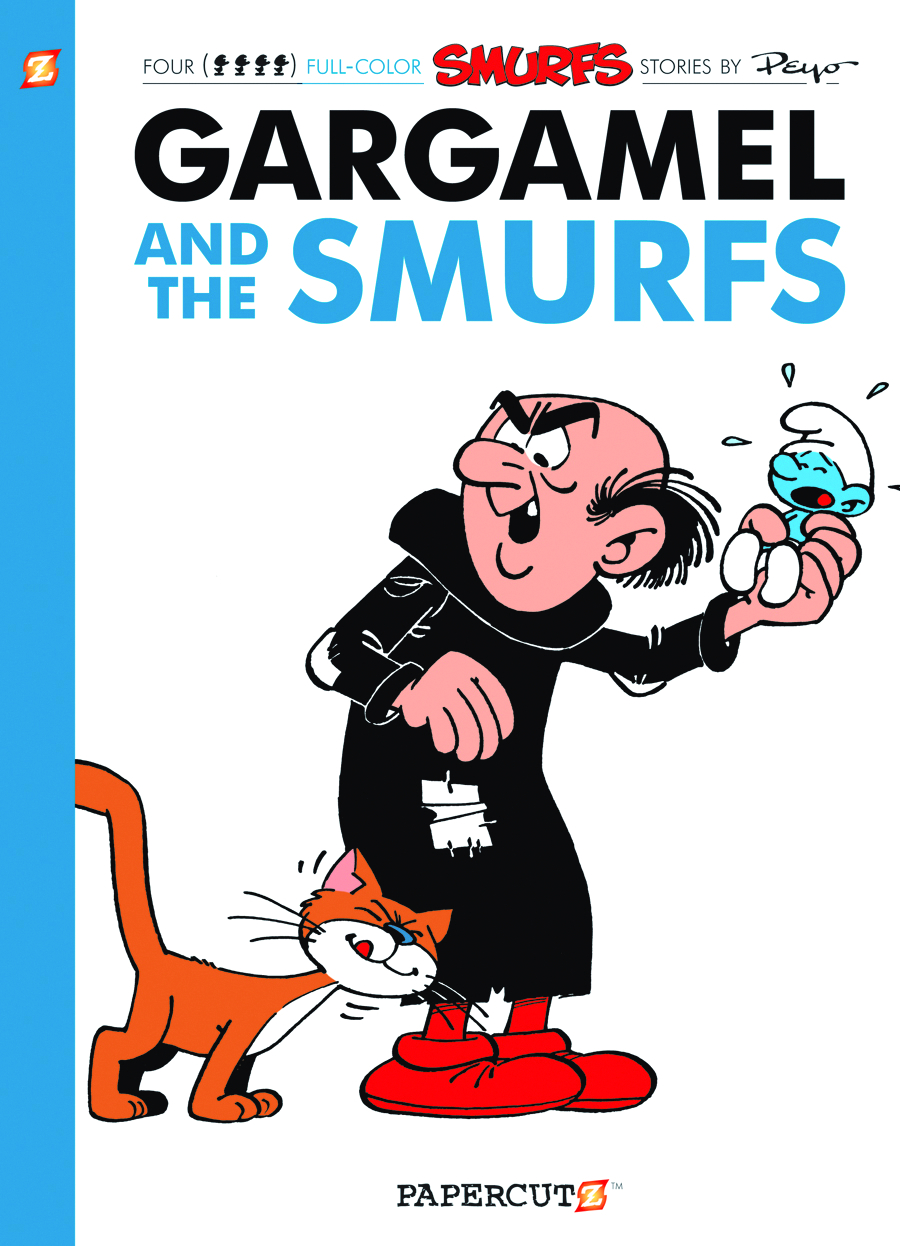 Four Smurftastic stories all featuring the arch-enemy of the Smurfs, Gargamel! In "The Smurfnapper," which is also the first appearance of Gargamel, a Smurf is kidnapped by the evil wizard, who wants to use him as an ingredient in a potion. It's up to Papa Smurf and the rest of the smurfs to break into his lab and save their friend without ending up as a treat for Gargamel's cat Azrael. Also featuring "The Smurf Not Like the Others" and "The Smurfs and the Little Ghost."