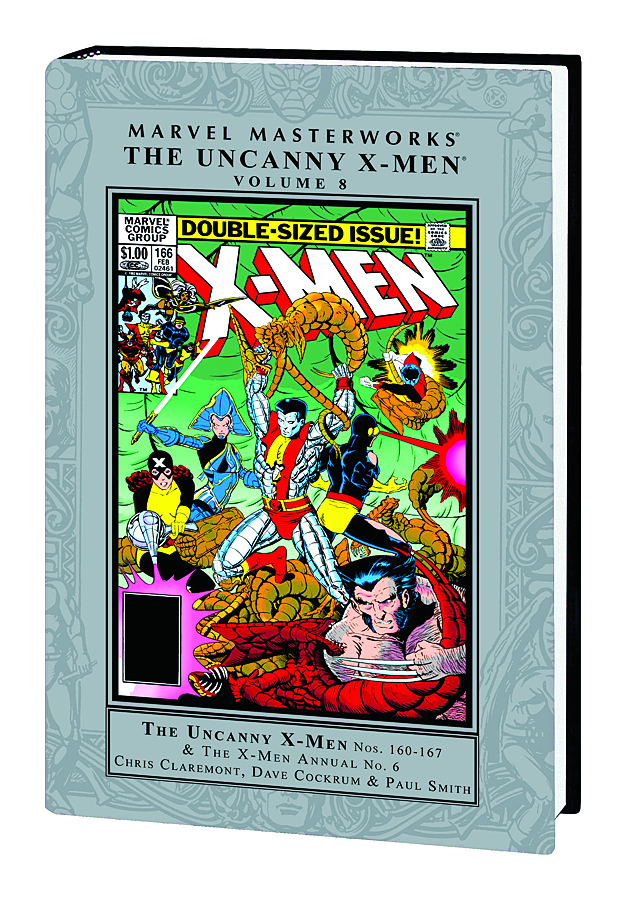 SEP110639
(W) Various (A) Various (CA) Paul Smith
Written by CHRIS CLAREMONT with MARY JO DUFFY & SCOTT EDELMAN
Penciled by DAVE COCKRUM & PAUL SMITH with BRENT ANDERSON, BILL SIENKIEWICZ & KEN LANDGRAF
Cover by PAUL SMITH
When you've got amazing stories by Chris Claremont, excellent artwork by Dave Cockrum and the astonishing debut of fanfavorite Paul Smith, what you have is a mutant masterwork! It starts off with an adventure in Belasco's mysterious Limbo realm that leaves Colossus' little sister, Illyana Rasputin, aged from child to teenager in a moment. Then comes a classic tale of Professor X and Magneto in their younger days, before their philosophical fallout, teamed up to take down Baron Strucker and Hydra. But the real action is the conclusion of the epic Brood Saga! Teamed with the Starjammers and Shi'ar, the X-Men find themselves fighting in an all-out war for survival against the sleaziest parasites in outer space. There's also the debut of Carol Danvers as Binary, the return of Dracula and an appearance by the New Mutants. And to top it off, we're including the long-demanded Wolverine and Angel backup stories from MARVEL TREASURY EDITION #26-27, and the Kitty Pryde classic from SPECIAL EDITION X-MEN #1! Collecting UNCANNY X-MEN (1963) #161-167 and ANNUAL #6, SPECIAL EDITION X-MEN #1, and MARVEL TREASURY EDITION #26-27.
288 PGS./All Ages