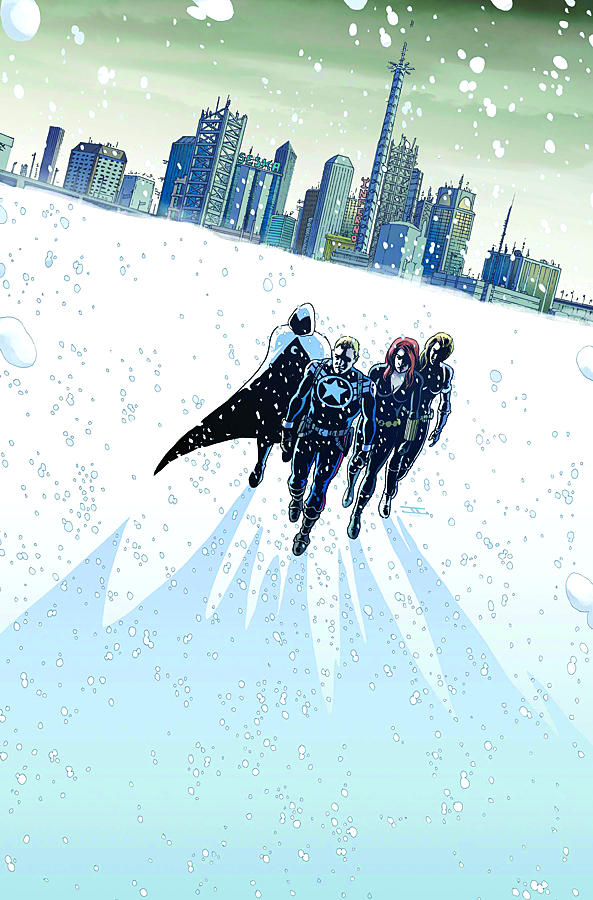 SEP110534
(W) Warren Ellis (A) Michael Lark, Stefano Gaudiano, Brian Thies (CA) John Cassaday
Written by WARREN ELLIS
Pencils by MICHAEL LARK
Cover by JOHN CASSADAY
Marvel Comics 50th Anniversary Variant by LARRY STROMAN
RUN THE MISSION. DON'T GET SEEN. SAVE THE WORLD.
In the decadent and crumbling city of ANIANA, in the Eastern European country of SYMKARIA, a local drug lord is planning to sell something mysterious to the Shadow Council.  The Secret Avengers cannot risk that, or an interception after the fact -- they must get to the drug lord before the handover, and take whatever the goods are.  Their covert mission uncovers something utterly unexpected, ancient and terrible and a threat to the entire world...
32 PGS./Rated T+