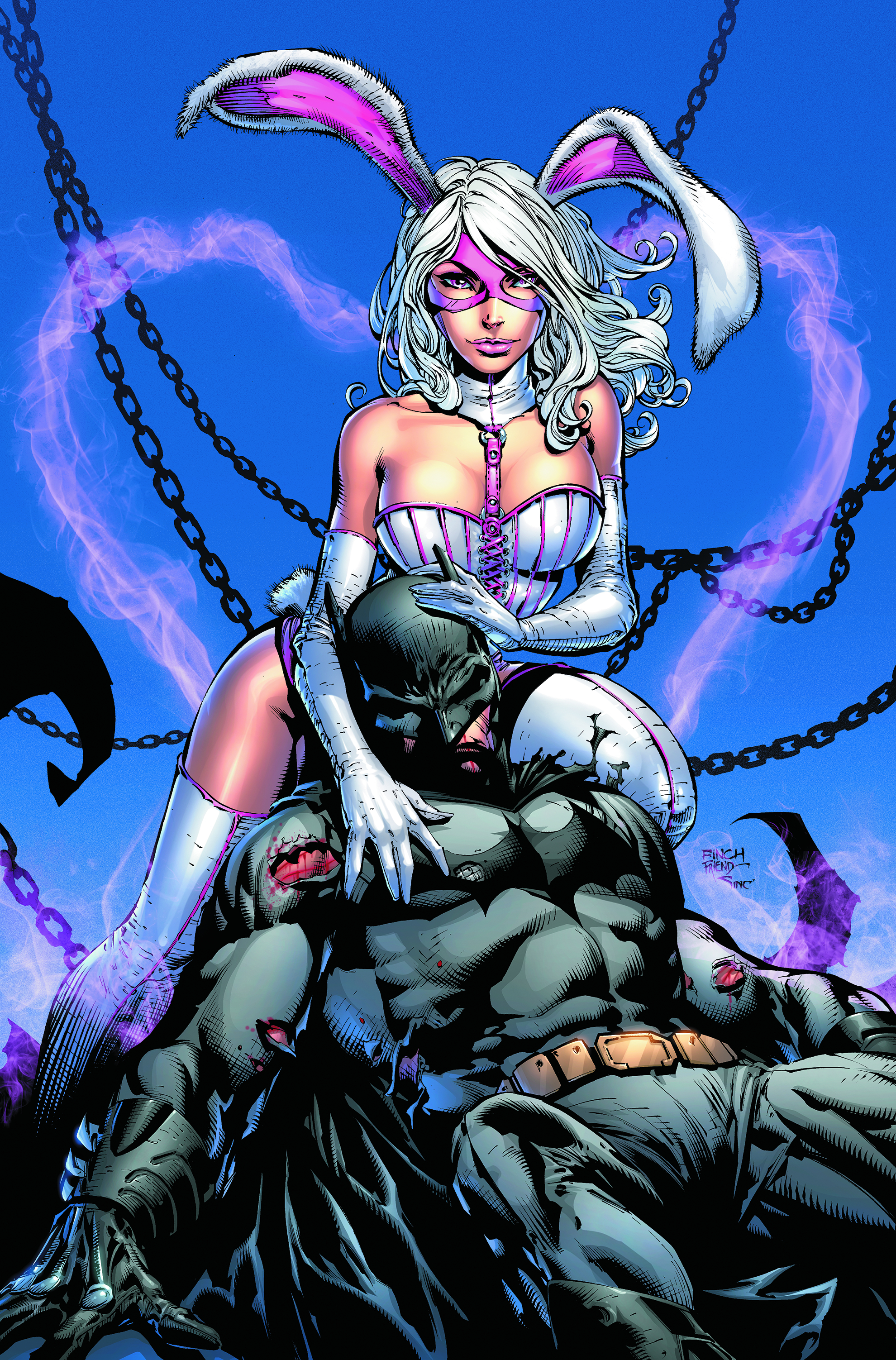 SEP110125
(W) Paul Jenkins, David Finch (A/CA) David Finch, Richard Friend
Written by PAUL JENKINS
Art by DAVID FINCH and RICHARD FRIEND with JAY FABOK
Cover by DAVID FINCH and RICHARD FRIEND
A wave of fear washes across Gotham City as a mysterious toxin radically alters the bodies of its criminals, sending crazed villains into the streets and stretching the resources of the police department. Can Batman and his vigilante partners follow the clues and uncover the perpetrator's real identity? And when one fabled hero is stricken by the poison, the trail will point to the mysterious White Rabbit.