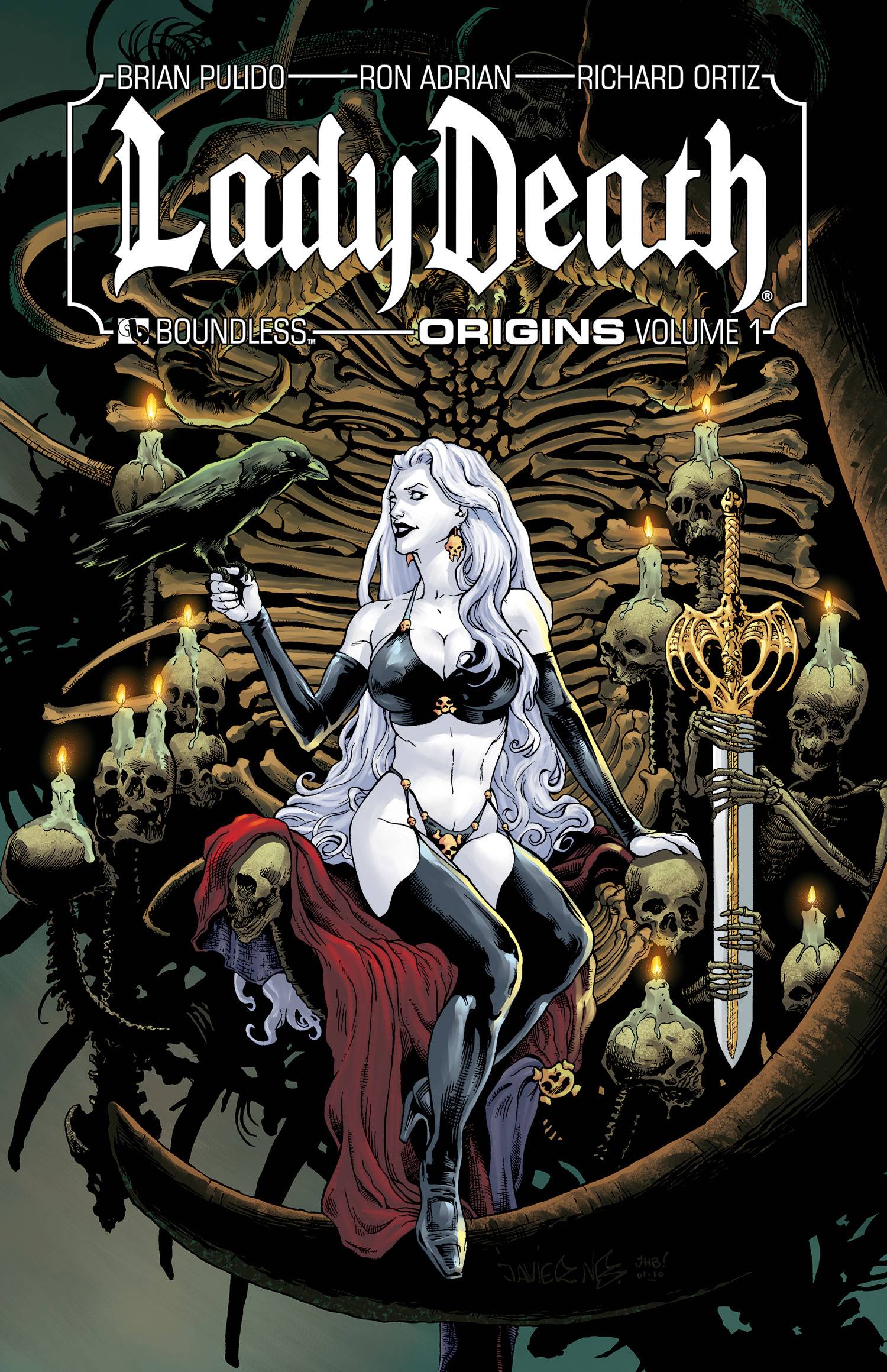 #
SEP100915
(W) Brian Pulido (A) Ron Adrian, Richard Ortiz (CA) Javier Barreno
For the first time ever, Lady Death's previous tales are being collected in this new series of graphic novels, Lady Death: Origins! With tons of breathtaking adventures that are, until now, out of print, the Lady Death: Origins series is a perfect way for fans to see what has come before the new Boundless monthly series! This first volume collects the epic five-issue "Abandon All Hope" series, which not only tells Lady Death's origin story, but introduces a whole cast of characters, with art from Ron Adrian. Also contained within is the two-issue "Wicked" series with art by Richard Ortiz. This volume is available in Paperback with a cover by Javier (Crossed) Barreno, a Hardcover by Juan Jose Ryp that is limited to 2,500 copies, and a special Signed Hardcover with a new cover from Richard Ortiz and featuring a signature plate from creator and writer Brian Pulido, which is limited to just 1,250 copies!
In Shops: Nov 03, 2010
SRP: $19.99
View All Items In This Series
ORDER WISH LIST