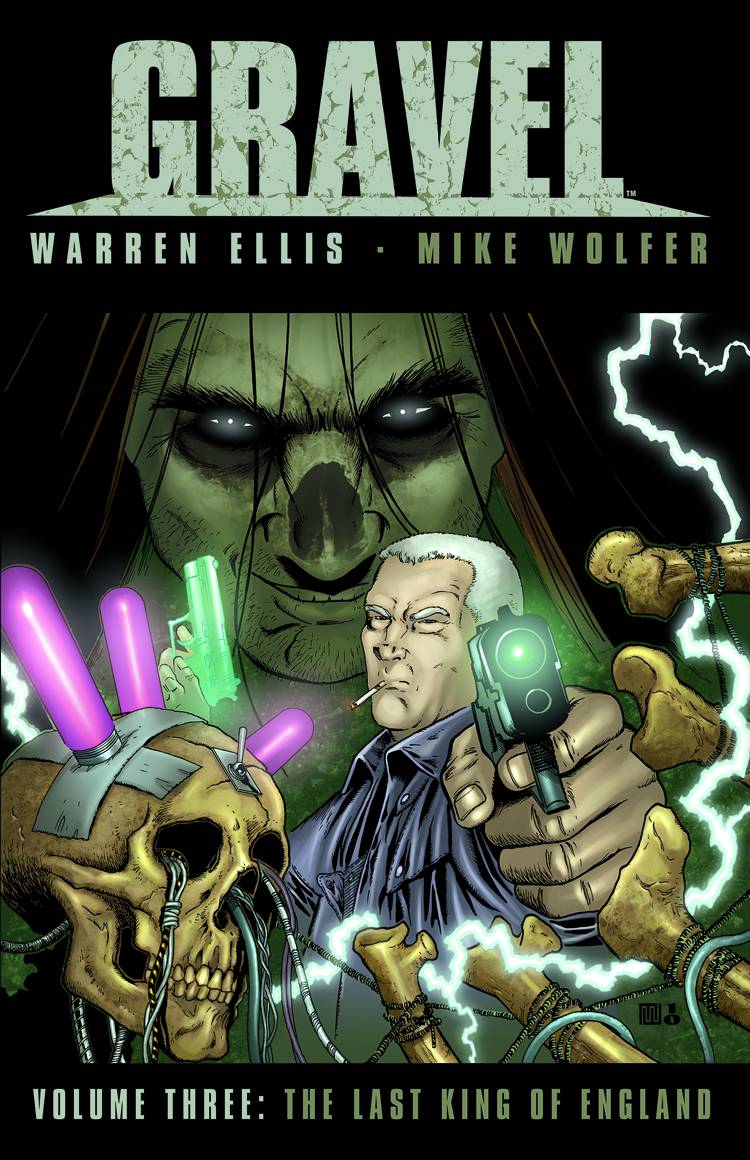 #
SEP100803
(W) Warren Ellis, Mike Wolfer (A/CA) Mike Wolfer
It's never a dull day, being the last king of Britain's magicians, and before this bloody day is through, Combat Magician William Gravel will be rocked to the foundations of his beliefs. After his systematic elimination of the members of both the Minor Seven and the Major Seven, Gravel now stands supreme. He's reformed the Minor Seven, filling their ranks with young, working-class occult detectives, but their powers and Gravel's own leadership skills are about to be put to the test when a twisted, demented magician who didn't make the cut decides to show Gravel the error of passing him up. Meanwhile, the British government breathes heavily down Gravel's neck as the civilian body count rises. But is Downing Street's concern solely for public safety related to Bible Jack's terrorist attacks on London, or is it something more politically-motivated?
In Shops: Nov 10, 2010
SRP: $19.99
View All Items In This Series