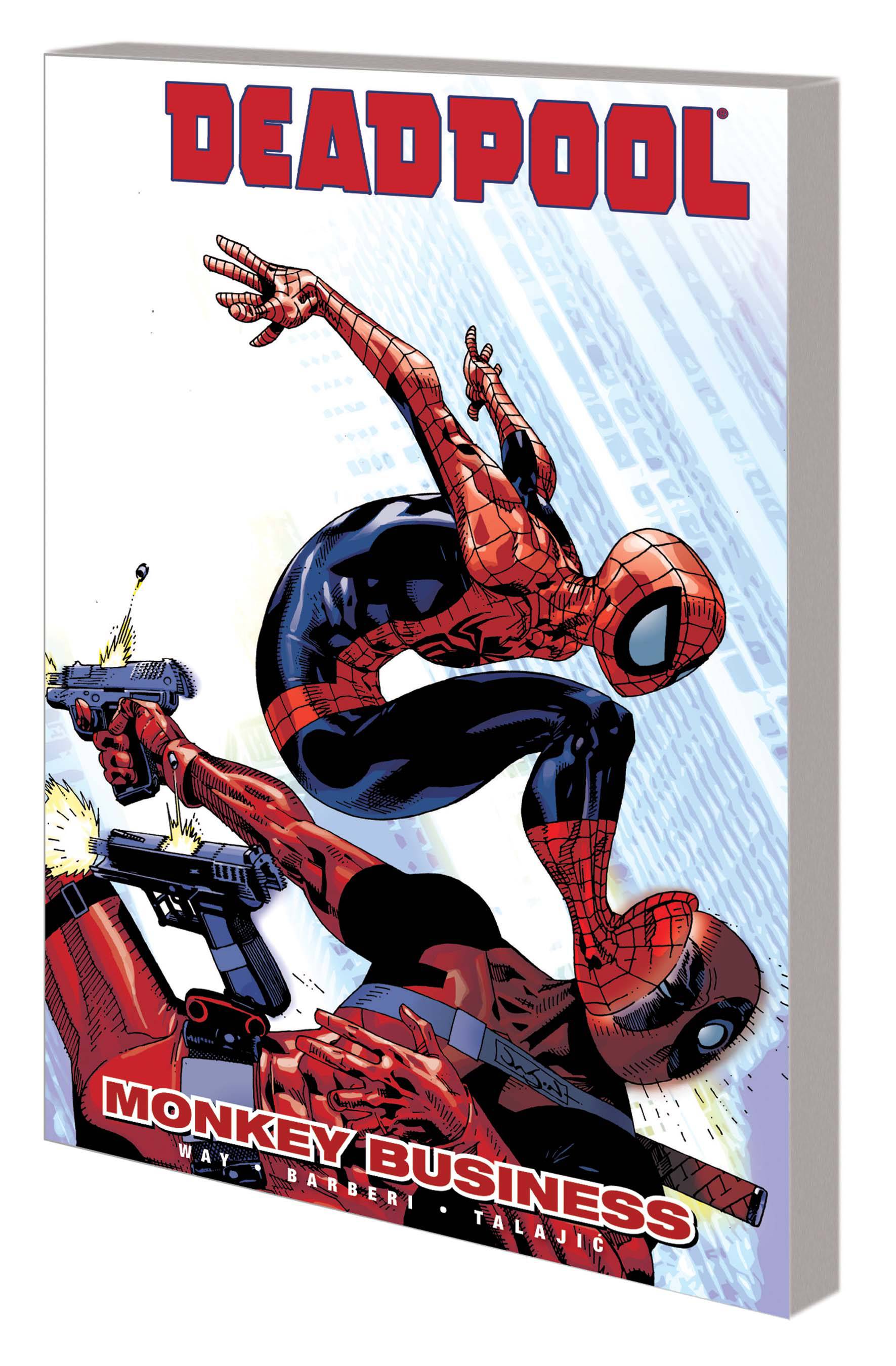 #
SEP100716
(W) Daniel Way (A) Carlo Barberi, Dalibor Talajic (CA) Jason Pearson
Written by DANIEL WAY
Penciled by CARLO BARBERI & DALIBOR TALAJIC
Cover by JASON PEARSON
Deadpool doesn't play second banana to anybody! Or so he'd like to think, anyway. But let's get serious. Not many people - hero, villain, mercenary or otherwise - are going to upstage the Amazing Spider-Man in a team-up. For Pete's sake, he's got AMAZING in his name! But Wade is willing to hang like Mary Jane just this once, if it'll get him out of trouble with the most dangerous threat he's ever faced. Well, the most dangerous threat he's ever faced that's also a monkey. That's right, it's Hit-Monkey and he's all over Deadpool's red butt! Plus: The origin of Hit-Monkey revealed! Collecting DEADPOOL #19-22 and HIT-MONKEY.
120 PGS./Parental Advisory