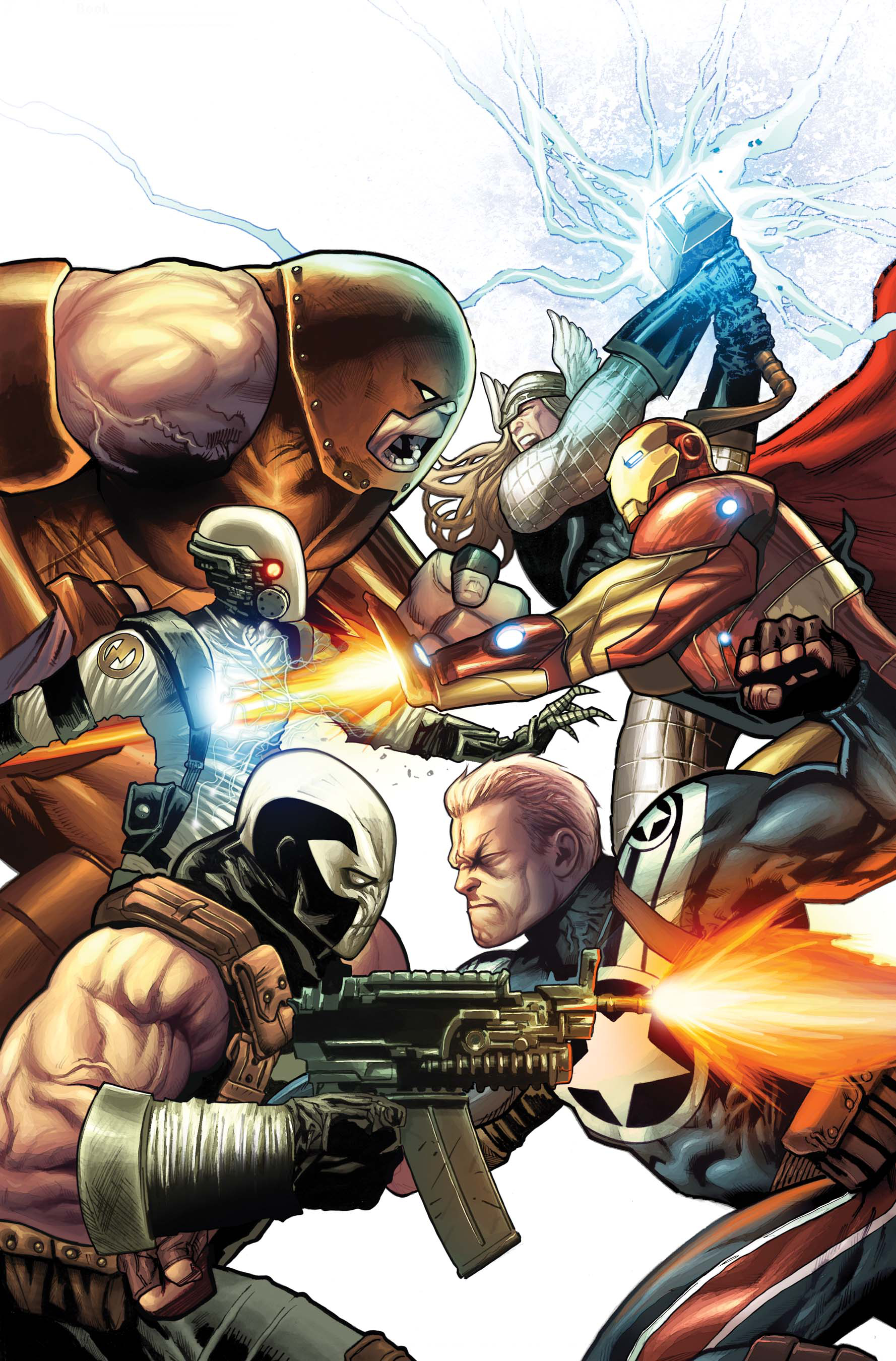 SEP100648
(W) Jeff Parker (A) Kev Walker (CA) Greg Land
Written by JEFF PARKER
Penciled by KEV WALKER
Cover by GREG LAND
Iron Man, Thor and the original Captain America guest-star in this 96-page 150th blow-out issue! First, in the 40-page lead story, The Thunderbolts reach their milestone as loudly as possible, when the golden figures of the Marvel Universe come to their gray world - none other than the Armored Avenger, the God of Thunder and the Super-Soldier! Thor has come to hold court with one of his people held in the women's wing of The Raft, and when his fellow Avengers join him, things go to a realm no one expected! Iron Man comes face-to-face with Ghost, the man who almost killed him, and Steve Rogers confronts the man who did kill him, Crossbones!  Plus: character bios, key reprints and more surprises in the book that has IGN.com exclaiming: "Parker and Walker are injecting a bit of fun and excitement into the title...This is the most consistently enjoyable title with the Heroic Age banner and anyone looking for a great team book would do well to give Thunderbolts a read."
96 PGS./New & Reprint Material/Bonus Material/Rated T+