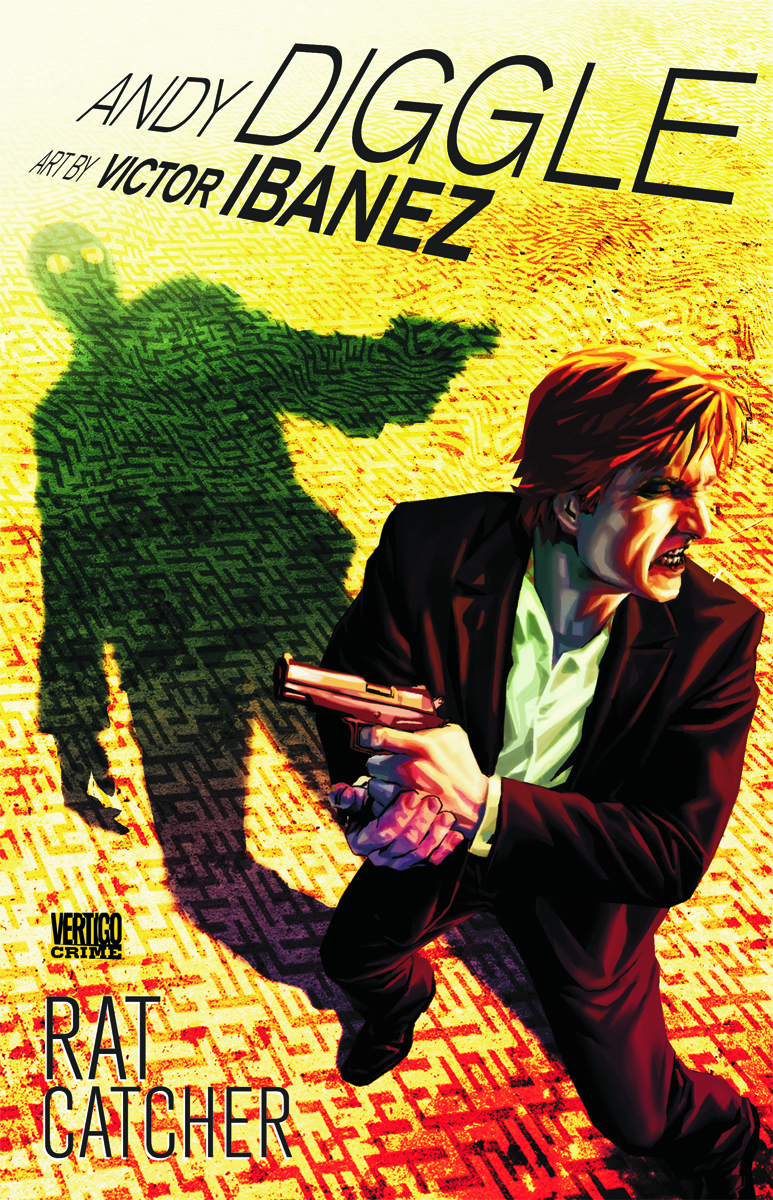 SEP100300
(W) Andy Diggle (A) Victor Ibanez (CA) Lee Bermejo
Written by ANDY DIGGLE
Art by VICTOR IBA EZ
Cover by LEE BERMEJO
According to underworld legend, the Rat Catcher is a peerless assassin who specializes in silencing mob snitches. There's just one problem - he doesn't exist. At least, not according to the U.S. Marshals who oversee the Witness Protection Program...
Now there's a pile of dead bodies in a burning safe house outside El Paso. The Rat Catcher has finally slipped up, and a washed-up FBI agent has one last chance to hunt him down before he disappears forever. But as the two master manhunters spiral in towards each other in a deadly game of cat-and-mouse, each of them hides a secret from the other - secrets that could destroy them both.
New York Times best-selling author Andy Diggle (THE LOSERS, Daredevil) partners with future superstar Victor Iba ez in a tense Vertigo Crime thriller that's unrelenting to the very last twist.