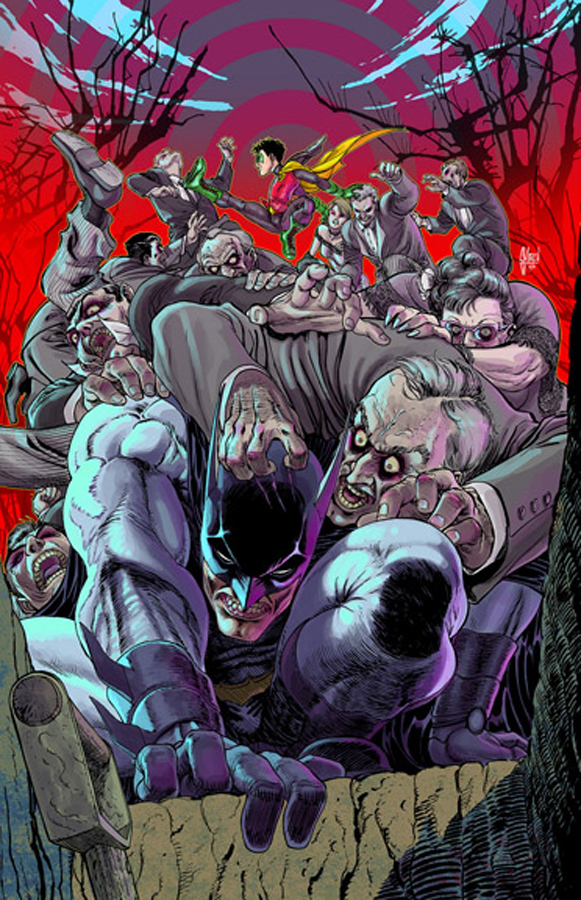 SEP100166
(W) Paul Cornell (A) Scott McDaniel (CA) Guillem March
Written by PAUL CORNELL
Art by SCOTT MCDANIEL
Cover by GUILLEM MARCH
1:10 Variant cover by GENE HA
Paul Cornell, writer of the red-hot "Black Ring" storyline in ACTION COMICS and the new KNIGHT AND SQUIRE miniseries, teams up with veteran BATMAN artist Scott McDaniel for a three-part story beginning in BATMAN AND ROBIN #17!
Dick and Damian head into the murky depths of Bruce Wayne's past to protect him from whoever has stolen the corpse of his old girlfriend, Una Nemo. Join them as they move from an empty grave to the flaming fingers to the Night Wedding - and meet a mad, gory new villain known as The Absence!