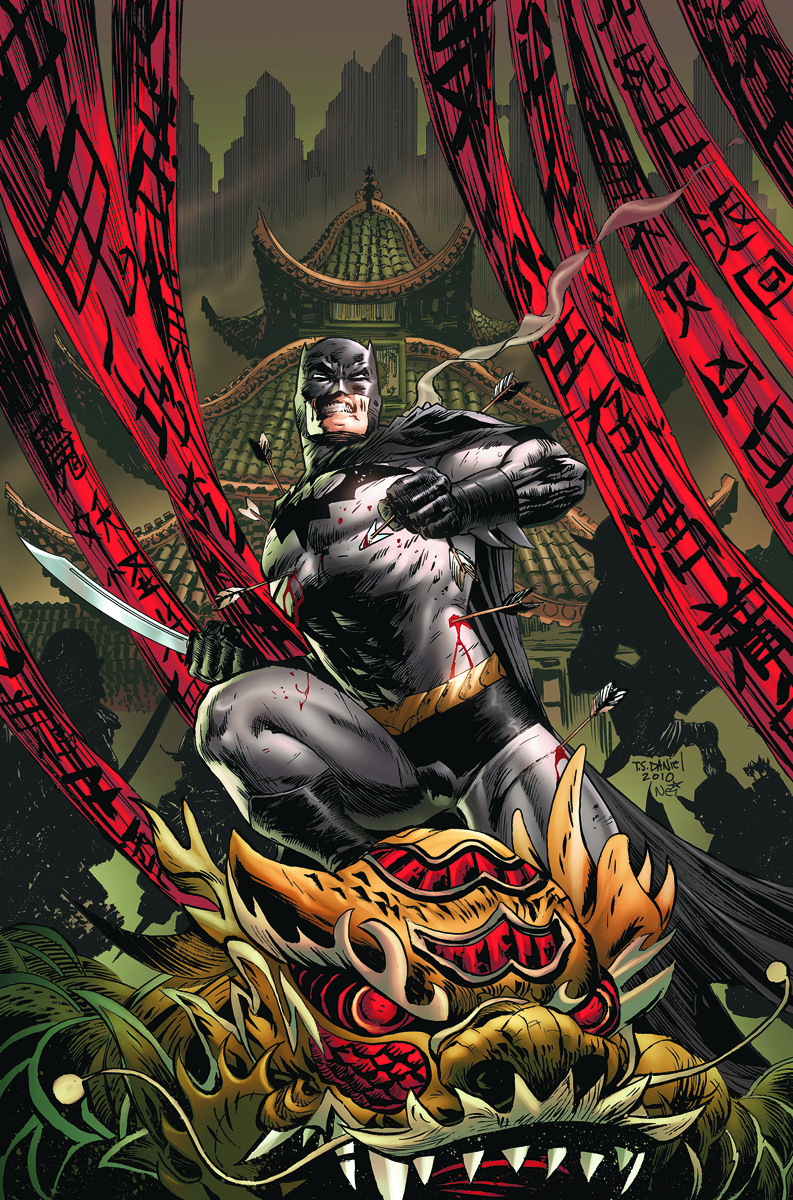 SEP100164
(W) Tony S. Daniel (A/CA) Tony S. Daniel
Written by TONY DANIEL
Art and cover by TONY DANIEL
Welcome back Tony Daniel as regular writer/artist on BATMAN!
Bruce Wayne may have returned, but Gotham City remains Dick Grayson's to protect as Batman. And when an aging but wealthy technology developer comes to Gotham with his beautiful daughter, it turns out he's in search of a joint project with WayneTech. DNA tracking is the name of his game, and there are others interested in his proposal. But when the developer goes missing, Batman finds that his tracks stop in the city's violent Chinatown neighborhood, where a new deadly Triad gang has taken root. Guest-starring I-Ching!