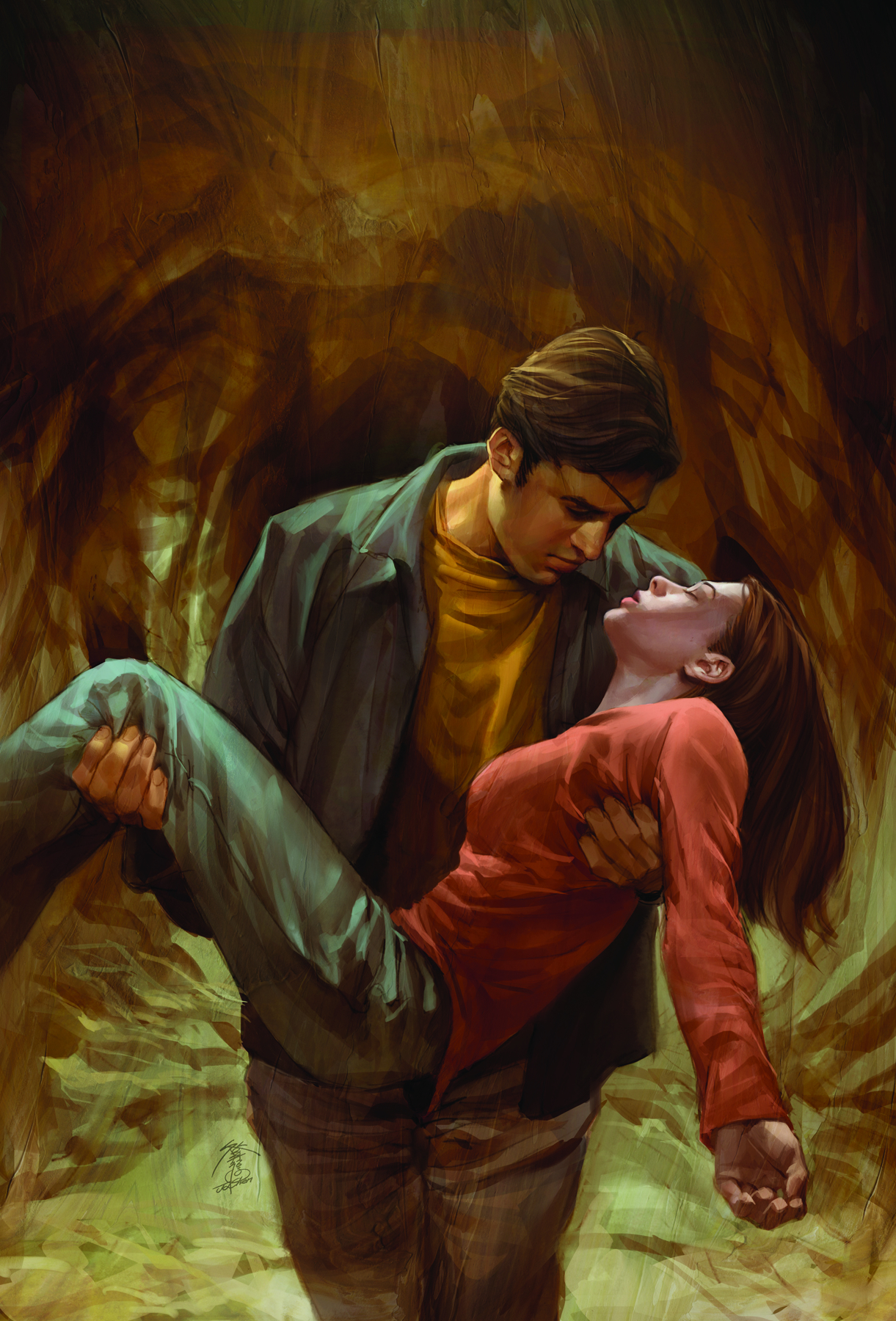 SEP100052
(W) Scott Allie, Joss Whedon (CA) Jo Chen (A/CA) Georges Jeanty
Joss Whedon (W), Scott Allie (W), Georges Jeanty (P/Cover), Andy Owens (I), Michelle Madsen (C), and Jo Chen (Cover)
While Super Buffy is fighting side by side with Spike in Sunnydale, Angel is on the other side of the world fighting demons of his own. As Twilight he was given a clear mission in regard to Buffy-help her reach the next plane, together create a new world, and end all suffering. But Buffy doesn't play by the rules, and this "higher plane" and a lifetime of happiness with Angel wasn't gonna cut it-not if she had to sacrifice her family to keep it. And now Angel has to answer for his failings as Twilight-willingly or not.
Back in Sunnydale everyone is fighting for their lives against a horde of demons, and someone close to Buffy joins forces with a villain from the past to strive for a common goal-protect the seed.
The finale of Buffy the Vampire Slayer Season Eight is in full effect, and you won't want to miss a single beat of Joss Whedon and Georges Jeanty's fateful conclusion years in the making.
Buffy the Vampire Slayer & 2006, 2010 Twentieth Century Fox Film Corporation. All rights reserved.