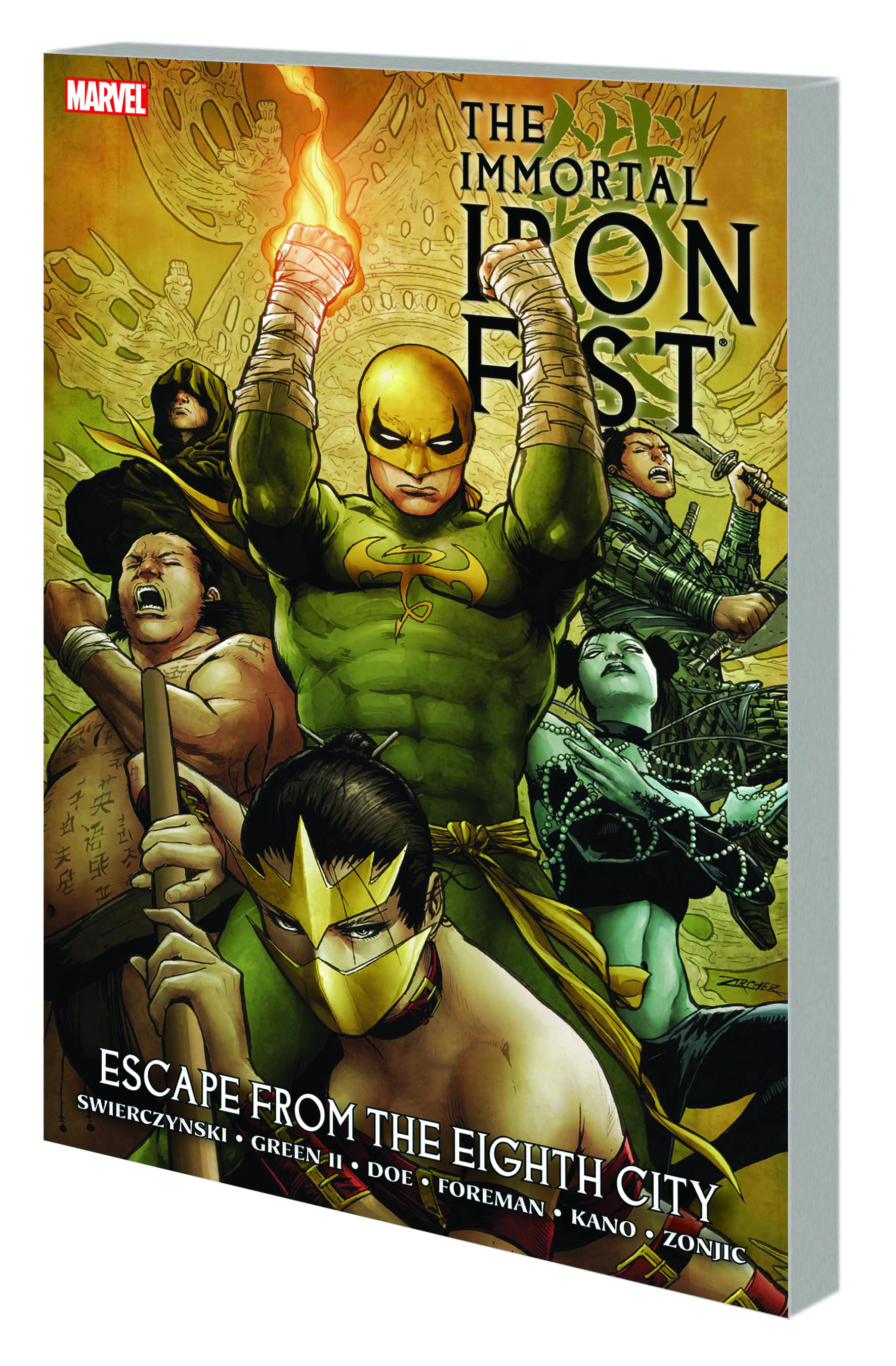 SEP090543
(W) Duane Swierczynski (A) Kaare Andrews, Juan Doe, Travel Foreman, Timothy Green, Kano, David Lapham, Patrick Zircher, Tonci Zonjic
Written by DUANE SWIERCZYNSKI
Penciled by TRAVEL FOREMAN, TONCI ZONJIC, TIMOTHY GREEN II, JUAN DOE, KANO & DAVID LAPHAM
Cover by PATRICK ZIRCHER
Escape from the Eighth City...escape from Hell! K'un-Lun is the majestic city of otherworldly kung-fu champions, the spiritual home of the Iron Fist and a repository of centuries-old wisdom. But for many of those centuries, K'un-Lun's leaders have used the Eighth City - a secret plane with only one way in and no way out - as a dumping ground...to offload their murderers, monsters and demons. But as Danny Rand has just learned, it has also been the prison of K'un-Lun's political prisoners. And this is a historical shame that cannot stand. The current regime of K'un-Lun has sent Rand and his band of immortal fighters from the Seven Cities to recover the political prisoners - including perhaps the very first Iron Fist - but it is a death mission for which there may be no return...or salvation! Collecting IMMORTAL IRON FIST #22-27.
168 PGS./Rated T+ ...$14.99