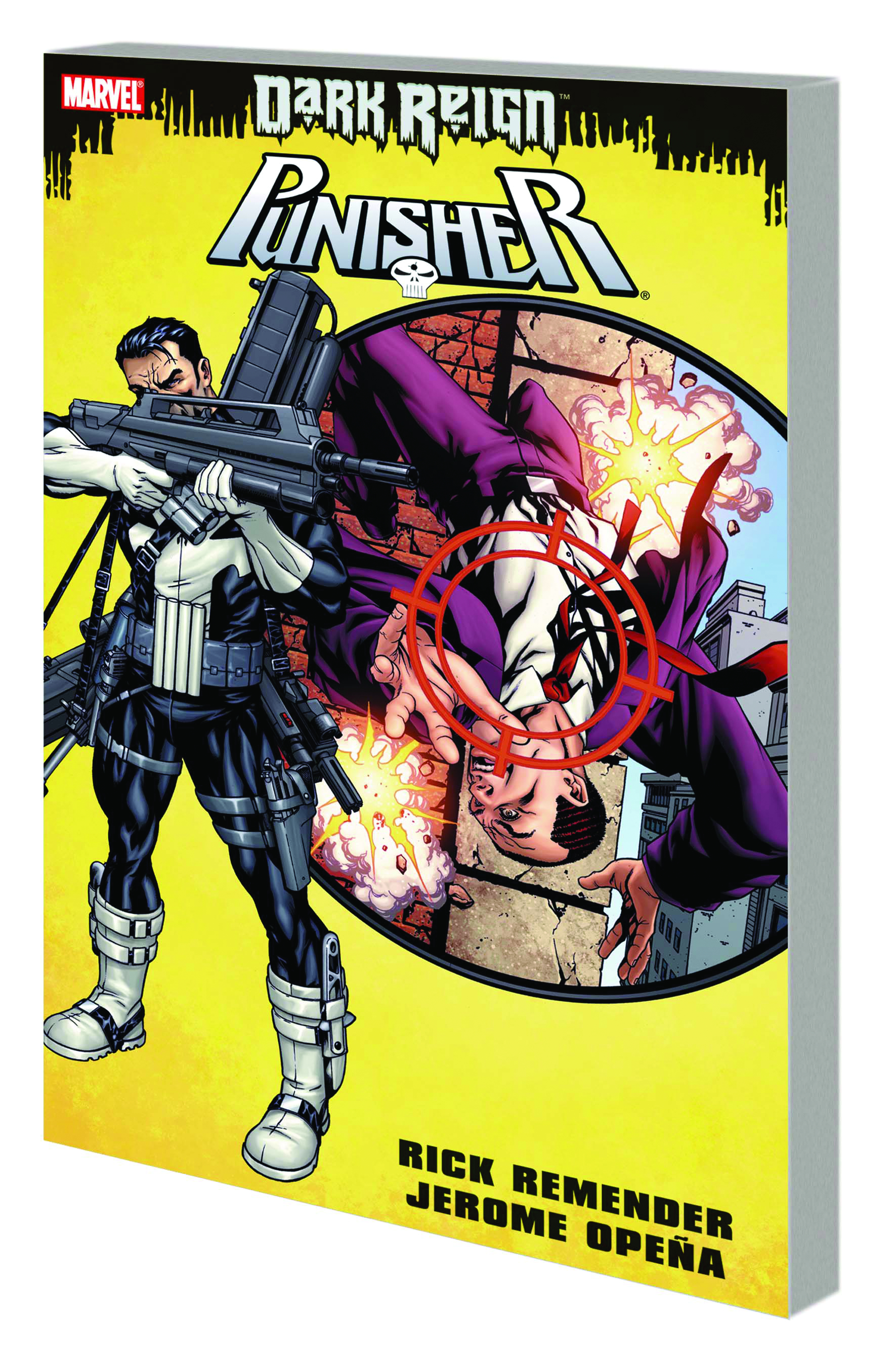 SEP090537
(W) Rick Remender (A) Jerome Opena (CA) Mike McKone
Written by RICK REMENDER
Penciled by JEROME OPENA
Cover by MIKE MCKONE
After firing the winning shot in the battle to repel a massive alien invasion, the former Green Goblin, Norman Osborn, was able to position himself as the planet's savior, parlaying his newfound popularity into a job heading up the new peacekeeping organization H.A.M.M.E.R. But while some super heroes might be willing to fall in line behind Osborn, the Punisher just ain't one of them. Joining forces with a tech-savvy young partner, Castle sets about taking Osborn down. The Punisher normally favors the bluntest of methods - a bullet to the brain - but with his target's influence so far-reaching and his corruption so deep-seated, Frank and his new associate must first gather evidence of the former Green Goblin's wrongdoing. And if you expect there to be some gunfire and ultraviolence along the way, well...you won't be disappointed! Collecting PUNISHER #1-5.
136 PGS./Parental Advisory ...$16.99