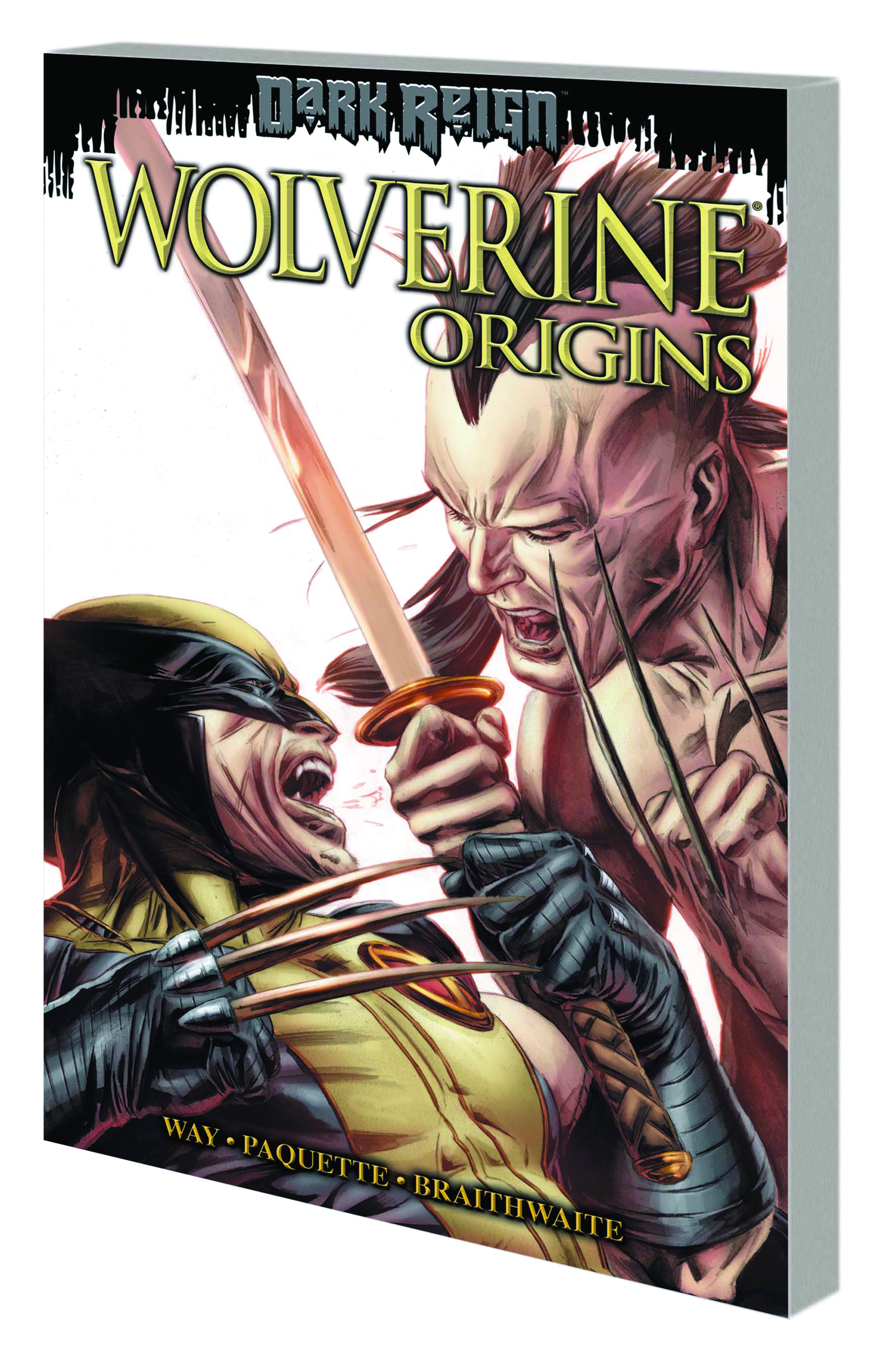 SEP090536
(W) Daniel Way (A) Yanick Paquette (A/CA) Doug Braithwaite
Written by DANIEL WAY
Penciled by YANICK PAQUETTE & DOUG BRAITHWAITE
Cover by DOUG BRAITHWAITE
A dark Wolverine emerges! For as long as he can remember, Wolverine has lived in fear that he would again revert to the remorseless, feral killing machine he was engineered to be - that a day would come when heroism would be replaced by cruelty, and friendship would be replaced by cold-blooded murder. But now, as his son Daken emerges from the shadows to take his role as one of Norman Osborn's Dark Avengers, Wolverine's worst fears may now be coming to life - only in a way he never expected! Collecting WOLVERINE: ORIGINS #31-36.
144 PGS./Parental Advisory ...$15.99