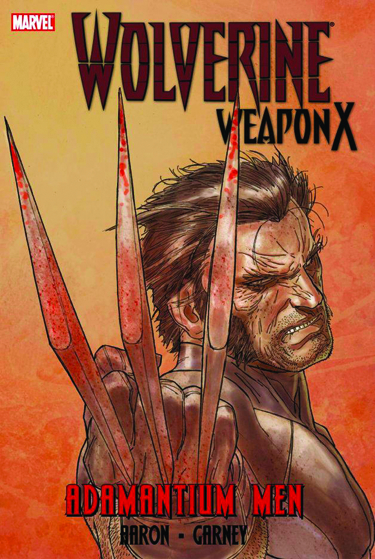 SEP090511
(W) Jason Aaron (A) Adam Kubert (A/CA) Ron Garney
Written by JASON AARON
Penciled by RON GARNEY & ADAM KUBERT
Cover by RON GARNEY
In the jungles of Colombia, people are turning up dead, whole villages brutally slaughtered by a team of soldiers who move through the shadows like ghosts. On the streets of San Francisco, Logan learns that the files from the old Weapon X program, the blueprints for building Adamantium-laced super soldiers like himself, have fallen into the hands of the evil corporation, Roxxon. Once again, it seems, someone is looking to build the perfect killing machine. That means it's time for Wolverine to step in, and remind them that someone already did. Collecting WOLVERINE: WEAPON X #1-5 and "A Day in the Life" from WOLVERINE #73-74.
144 PGS./Parental Advisory ...$24.99