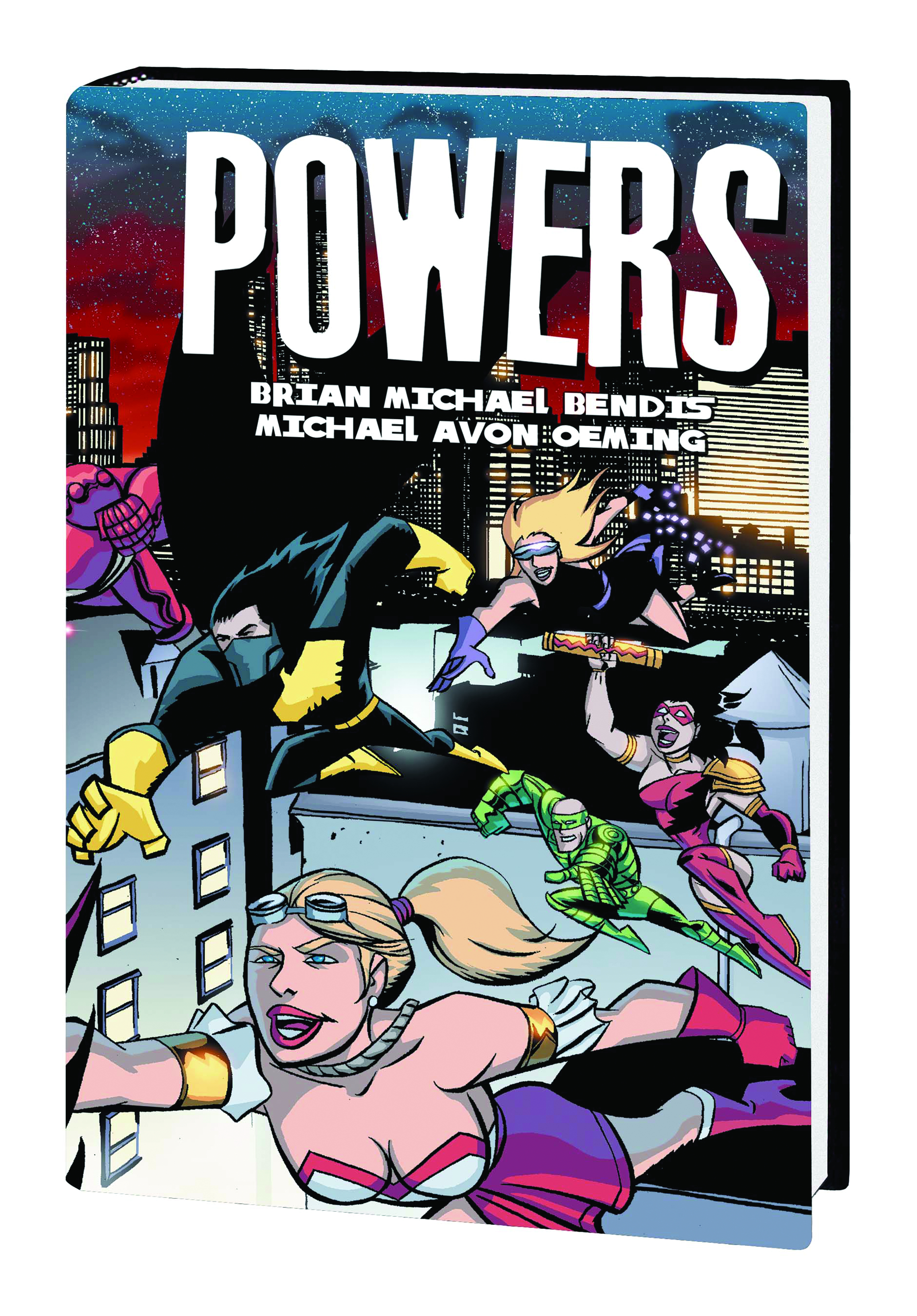 SEP090497
(W) Brian Michael Bendis (A/CA) Michael Avon Oeming
Written by BRIAN MICHAEL BENDIS
Penciled by MICHAEL AVON OEMING
Cover by MICHAEL AVON OEMING
This deluxe hardcover collects Powers Vol. 6: The Sellouts and Powers Vol. 7: Forever, plus extras. In The Sellouts, a member of one of the classic supergroups falls victim to a seedy sex scandal, and the murder investigation takes Walker and Pilgrim on a journey that will forever change the way the world looks at superheroes. And in Forever, experience the origin of Powers! It's a story that literally spans the history of man as all the mysteries of Powers and the Powers universe unfold, following a lone warrior's trek through the greatest stories ever told. Collecting POWERS #25-37.
488 PGS./Mature Content ...$29.99