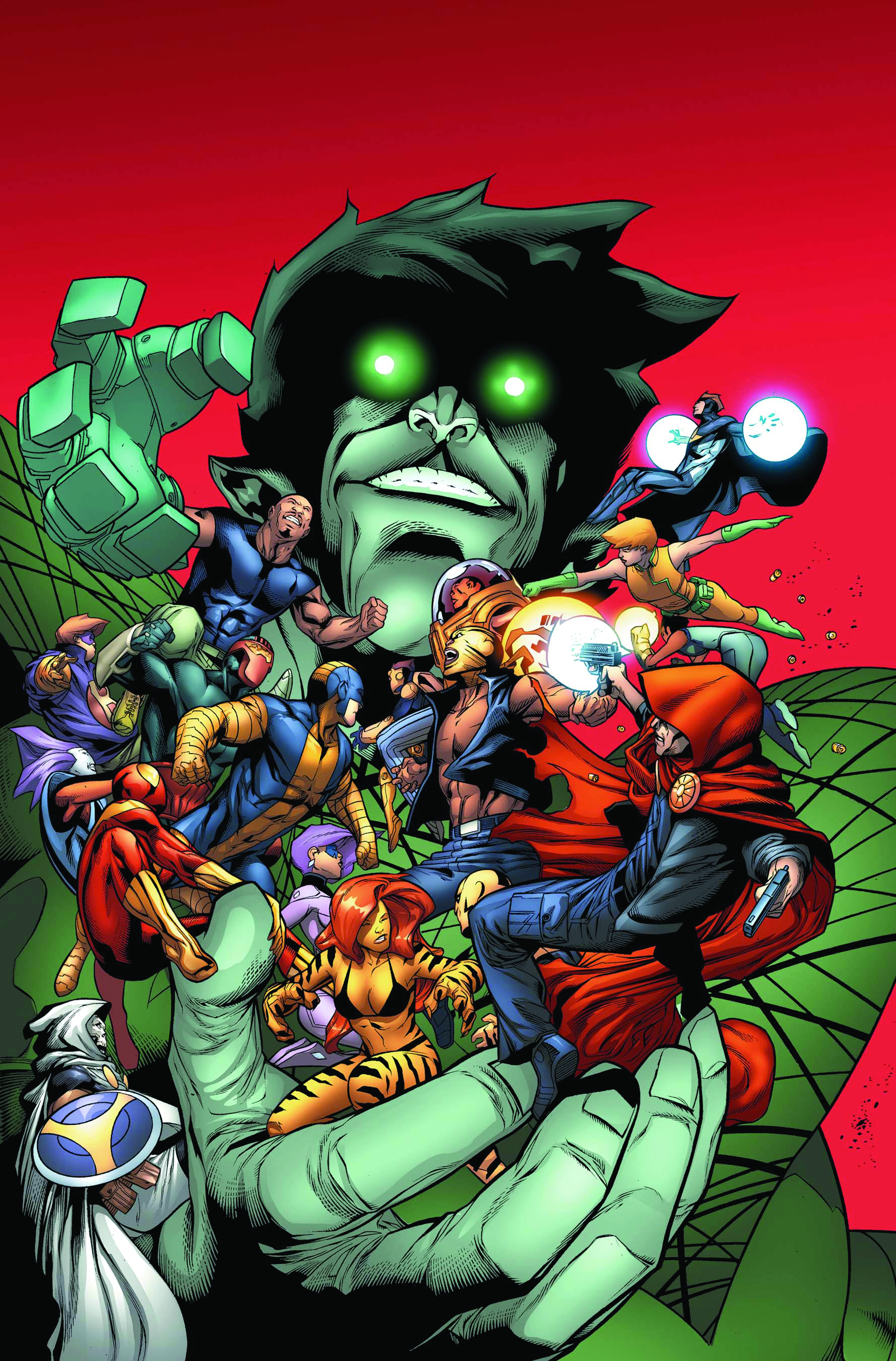 SEP090413
(W) Christos N. Gage (A) Jorge Molina (CA) Rafael Sandoval
Written by CHRISTOS N. GAGE
Penciled by JORGE MOLINA
Cover by RAFA SANDOVAL
Can the Avengers Resistance and the Initiative unite to defeat a classic Marvel villain...or would that be a Nightmare? The lord of horrific dreams has invaded the physical world...and now that the Hood is no longer empowered by Dormammu, the only chance to defeat this near-omnipotent fiend is for two rival squads of heroes and villains to join forces. But how can they fight together if they're stabbing each other in the back? Guest-starring Tigra, Justice and Taskmaster!
32 PGS./Rated T+ ...$2.99