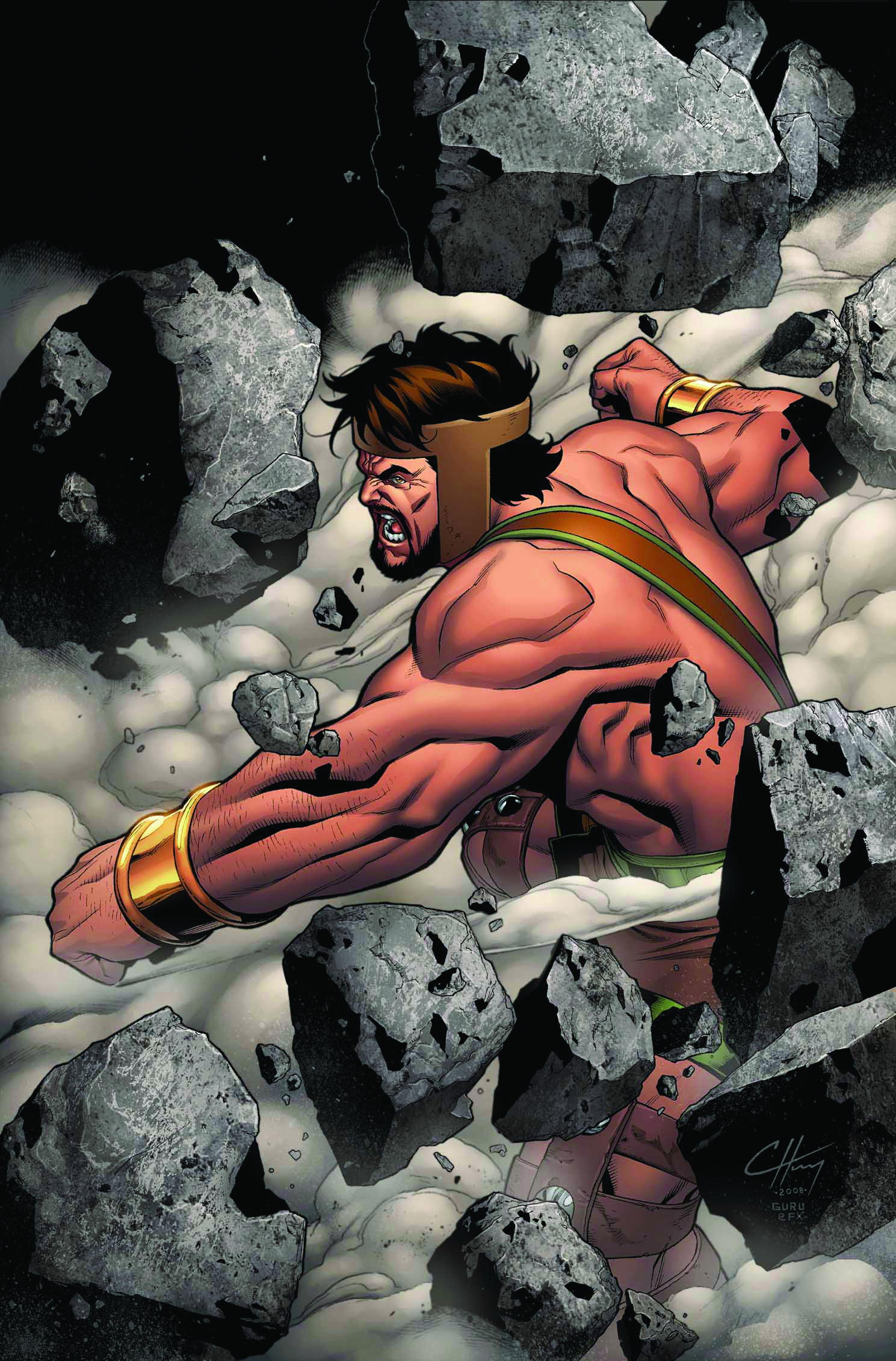 SEP082342
(W) Greg Pak (A) Salva Espin (A/CA) Clayton Henry
Written by GREG PAK & FRED VAN LENTE
Art by CLAYTON HENRY & SALVA ESPIN
Cover by CLAYTON HENRY & GURU eFX
"LOVE & WAR (Part 3)"
We know you've all been there, guys. We know it stinks. Your best bud gets a new girlfriend, and suddenly you never see him any more. And when you're Hercules, your BFF is Amadeus Cho, and his new girlfriend is a psychopathic Amazonian princess who wants to destroy the world as we know it with an ancient Atlantean artifact... Well. That really stinks. Guest-Starring Namor the Sub-Mariner!
32 PGS./Rated A ...$2.99