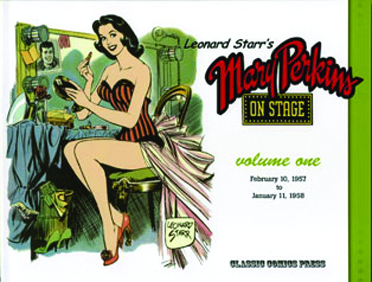 SEP073491
(W) Leonard Starr (A/CA) Leonard Starr
by Leonard Starr
This first volume of Classic Comics Press's collection of the comic strip Leonard Starr's Mary Perkins on Stage presents the first three storylines from February 1957 to January 1958, with a special introduction by Walt Simonson. This volume, nominated for a 2007 Eisner Award, also contains interviews, unpublished art, and other special features related to the strip and its creator Leonard Starr.