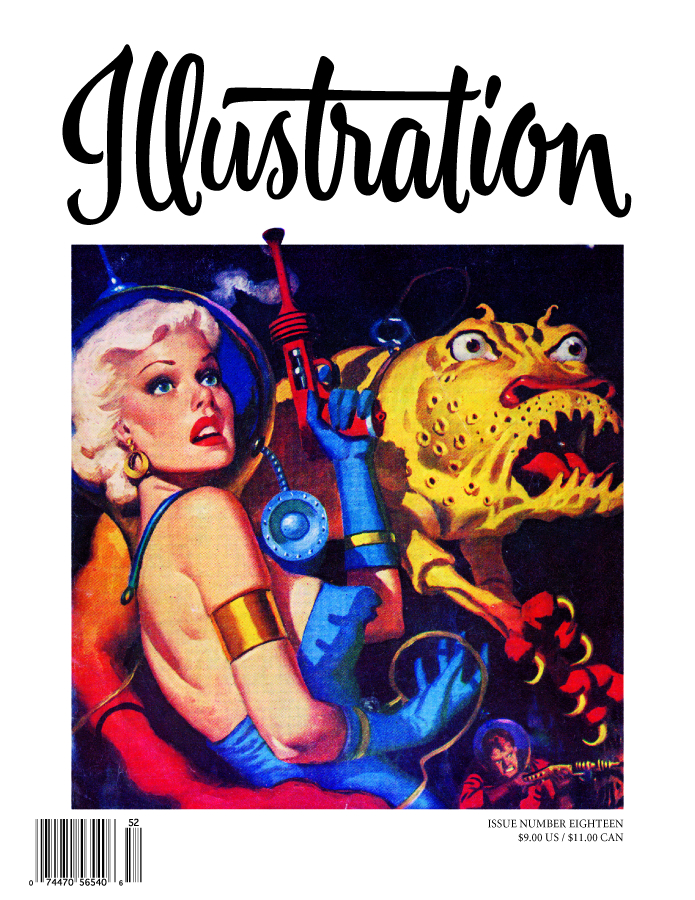 SEP063707
Featured on the cover and inside are the works of legendary illustrator Allen Anderson, best known for his Planet Stories pulp magazine covers. The article is written by David Saunders, and is profusely illustrated with scores of never-before-seen artworks and pulp covers. Also featured In this issue is the second part of the series on the Cooper Studios, by Neil Shapiro, focused on the work of Murray Tinkelman. Rounding out the issue is an extensive story on Louis Glanzman, known for his many paperback covers and magazine illustrations. Also included are book reviews, a guide to events and exhibitions, and much more!