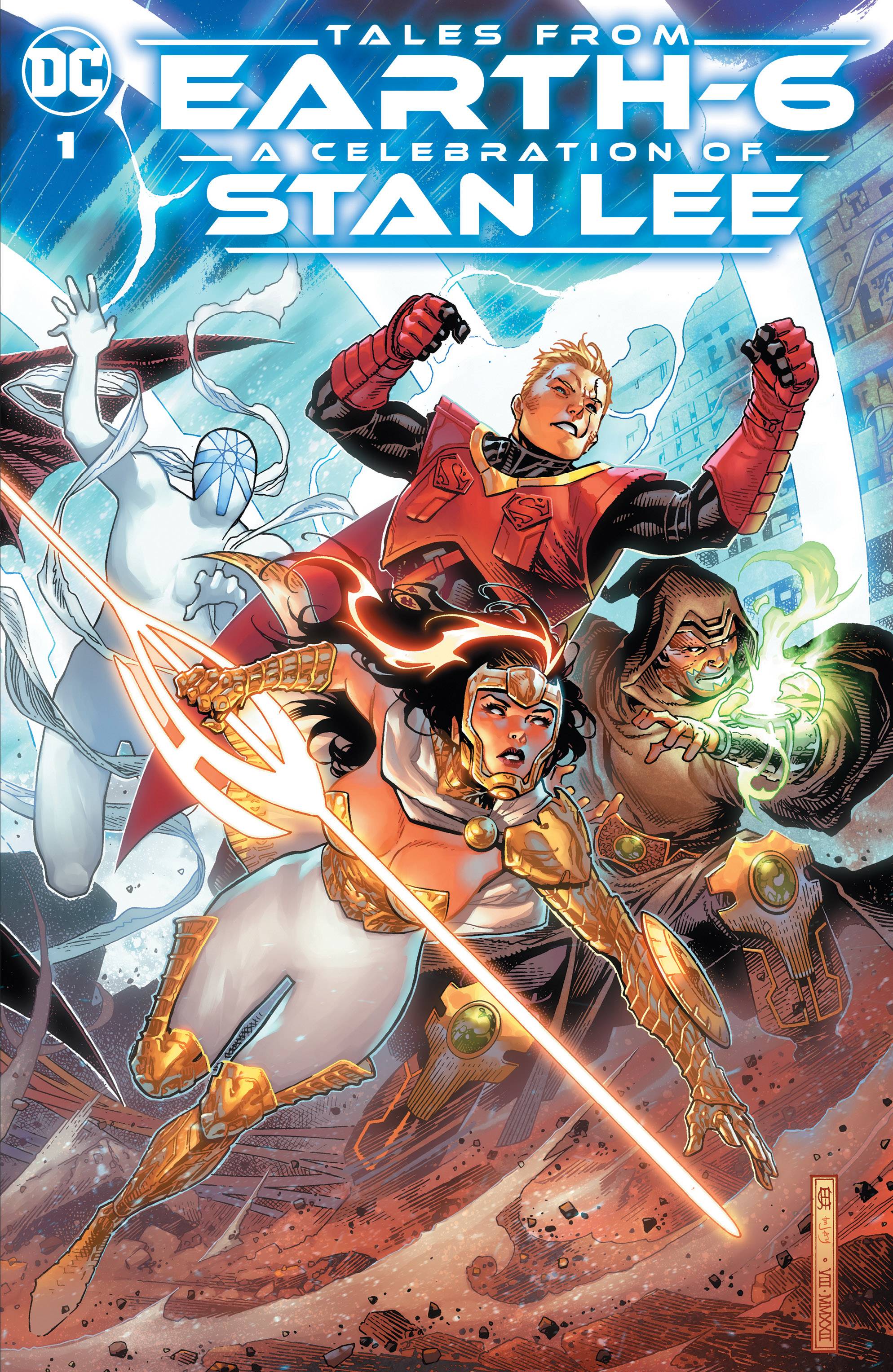 # #
OCT223418
Written by Michael Uslan, Mark Waid, Jerry Ordway, Kenny Porter, Stephanie Williams, Michael W. Conrad, Becky Cloonan, Collin Kelly, Jackson Lanzing, Steve Orlando, Zac Thompson, and Meghan Fitzmartin Art by Lee Weeks, Kevin Maguire, Jerry Ordway, Karl Mostert, Juan Ferreyra, Anthony Marques, Pablo M. Collar, Max Dunbar, and Hayden Sherman Over 20 years ago, Stan Lee reimagined the entire DC Universe. A criminal turned nocturnal warrior for justice, a champion from the Brazilian Amazon, an intergalactic lawman, and more sprang to existence from Stan's mind with the help of Michael Uslan. To celebrate the legendary comic book icon's 100th birthday, dive into 10 new adventures featuring his version of the DC Universe! Batman faces down a villainous new threat, the Choker! Green Lantern digs deep when Nekron arrives to consume the World Tree! The Justice League teams up with a familiar face in order to save the day! Shazam ventures into a top-secret facility to face off against a mind-blowing (and brain-burgling) enemy! The Flash uses her time-bending speed abilities to attempt to reverse the tragedies of her past, but may rob herself of her powers in the process! Chaos ensues when Wonder Woman becomes the editor of the National Exposer!
In Shops: TBD
SRP: $9.99
ORDER WISH LIST