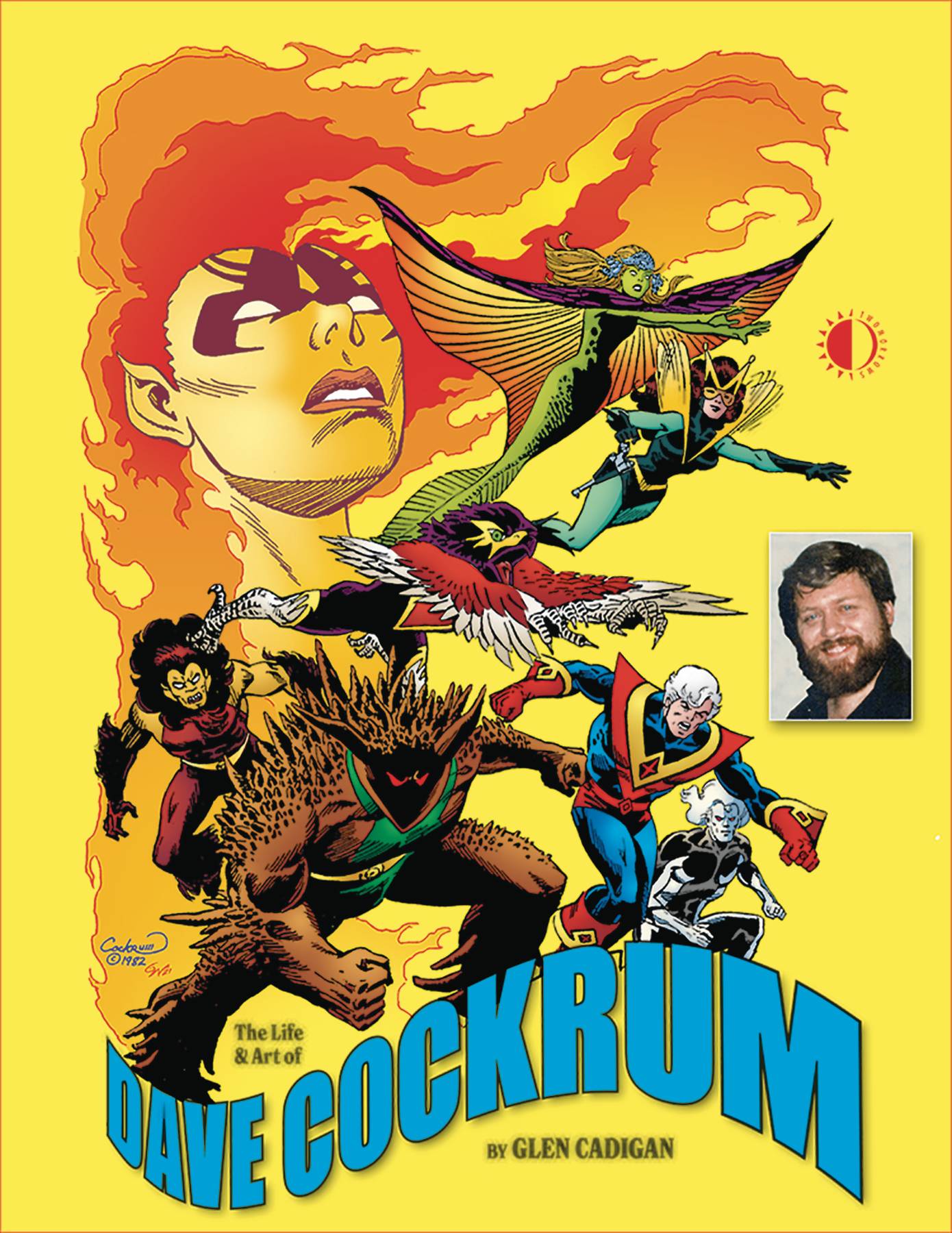 #
OCT222004
LIMITED HARDCOVER EDITION with custom endpapers - JUST 500 COPIES! From the letters pages of Silver Age comics to his 2021 induction into the Will Eisner Hall of Fame, the career of Dave Cockrum started at the bottom and then rose to the top of the comic book industry. Beginning with his childhood obsession with comics and continuing through his years in the Navy, The Life and Art of Dave Cockrum follows the rising star from fandom (where he was one of the "Big Three" fanzine artists) to pro-dom, where he helped revive two struggling comic book franchises: the Legion of Super-Heroes and the X-Men. A prolific costume designer and character creator, his redesigns of the Legion and his introduction of X-Men characters Storm, Nightcrawler, Colossus, and Thunderbird (plus his design of Wolverine's alter ego, Logan) laid the foundation for both titles to become best-sellers. His later work on his own property, The Futurians, as well as childhood favorite Blackhawk and T.H.U.N.D.E.R Agents, plus his five years on Soulsearchers and Company, cemented his position as an industry giant. Featuring artwork from fanzines, unused character designs, and other rare material, this is THE comprehensive biography of the legendary comic book artist, whose influence is still felt on the industry today! Written by Glen Cadigan (The Legion Companion, The Titans Companion Volumes 1 and 2, Best of the Legion Outpost) with an introduction by Alex Ross.
In Shops: Nov 09, 2022
SRP: $36.95
PREORDER WISH LIST