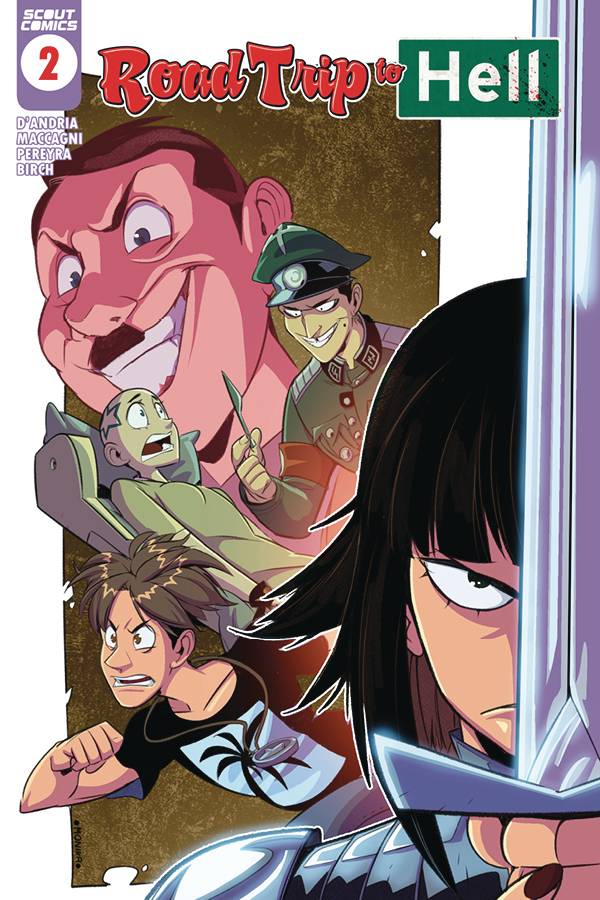 #
OCT221936
(W) Nicole D'Andria (A) Monika Maccagni (CA) Joaquin Pereyra
After finding out that his father, Satan, has died, Francis has been named the new king of Hell. The catch? Everyone from Hell has escaped and is trying to kill him in order to seize his title! As a ploy to get to him, a force of Nazis has overrun Angel of Mercy hospital intending to hold his sister hostage. Assisted by his new heavenly protector, Joan of Arc, Francis must go toe-to-toe with the likes of Adolf Hitler, Heinrich Himmler, and Josef Mengele to save his sister!
In Shops: Dec 21, 2022
SRP: $4.99
View All Items In This Series
PREORDER SUBSCRIBE WISH LIST