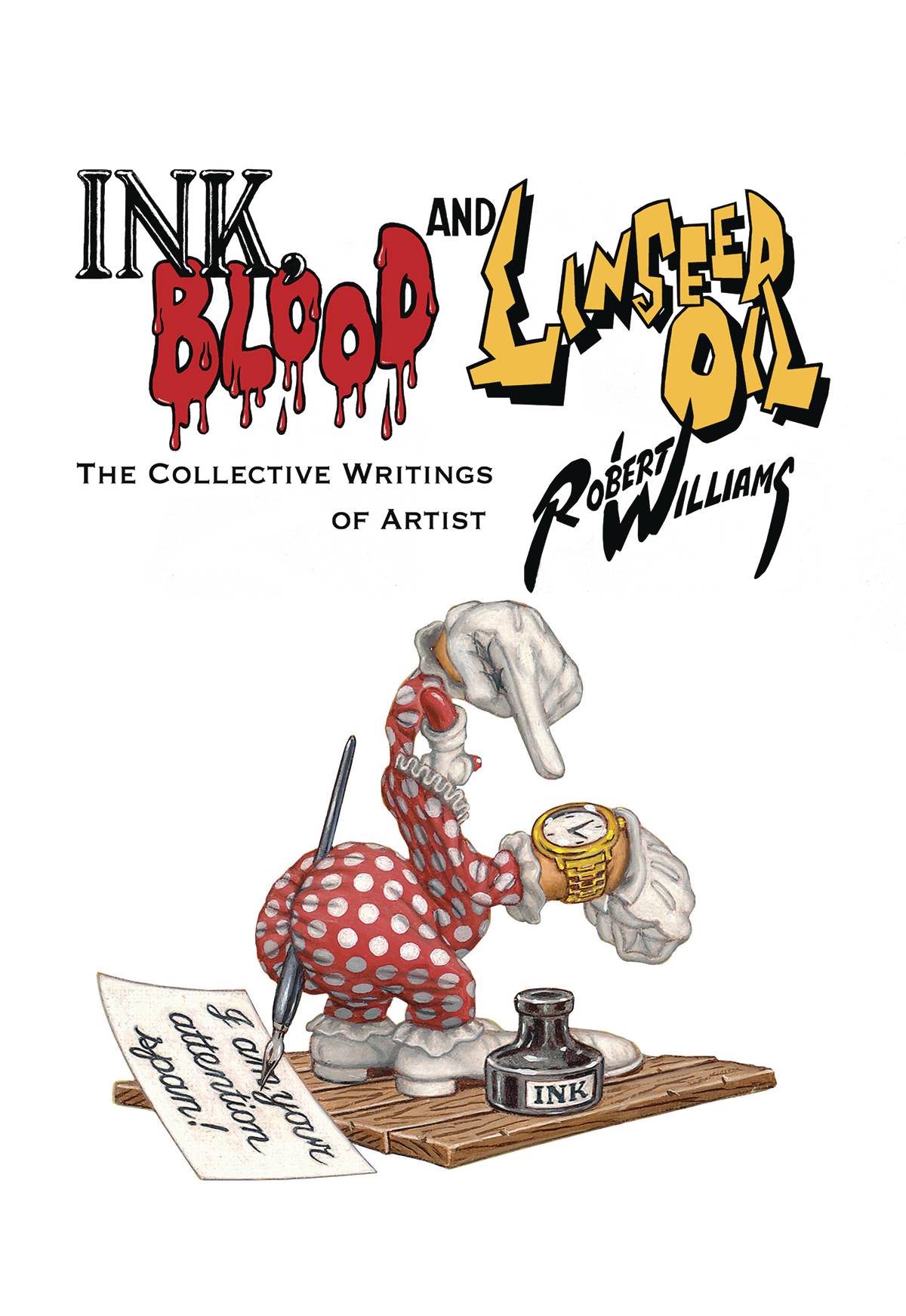 #
OCT221797
(W) Robert Williams (A) Robert Williams
In the early 1990s, Robert Williams persuaded the publisher of skateboard magazine Thrasher to start an art magazine. Juxtapoz magazine launched in 1994 and shook the art world establishment by presenting the popular underground. These art forms were celebrated, and the magazine found a wide and hungry audience. With each issue came an insightful editorial, penned by the godfather of lowbrow, Mr. Bitchin himself, Robert Williams. These essays, 22 years' worth and a few more, are collected in "Ink, Blood, and Linseed Oil." They are presented for your enjoyment, bewilderment, and for furtherance of the discussion of the philosophy of art. Introduction by Juxtapoz publisher Gwynned Vitello and a postscript by Dr. Darius A. Spieth of Louisiana State University.
In Shops: Dec 07, 2022
SRP: $28.00
ORDER WISH LIST