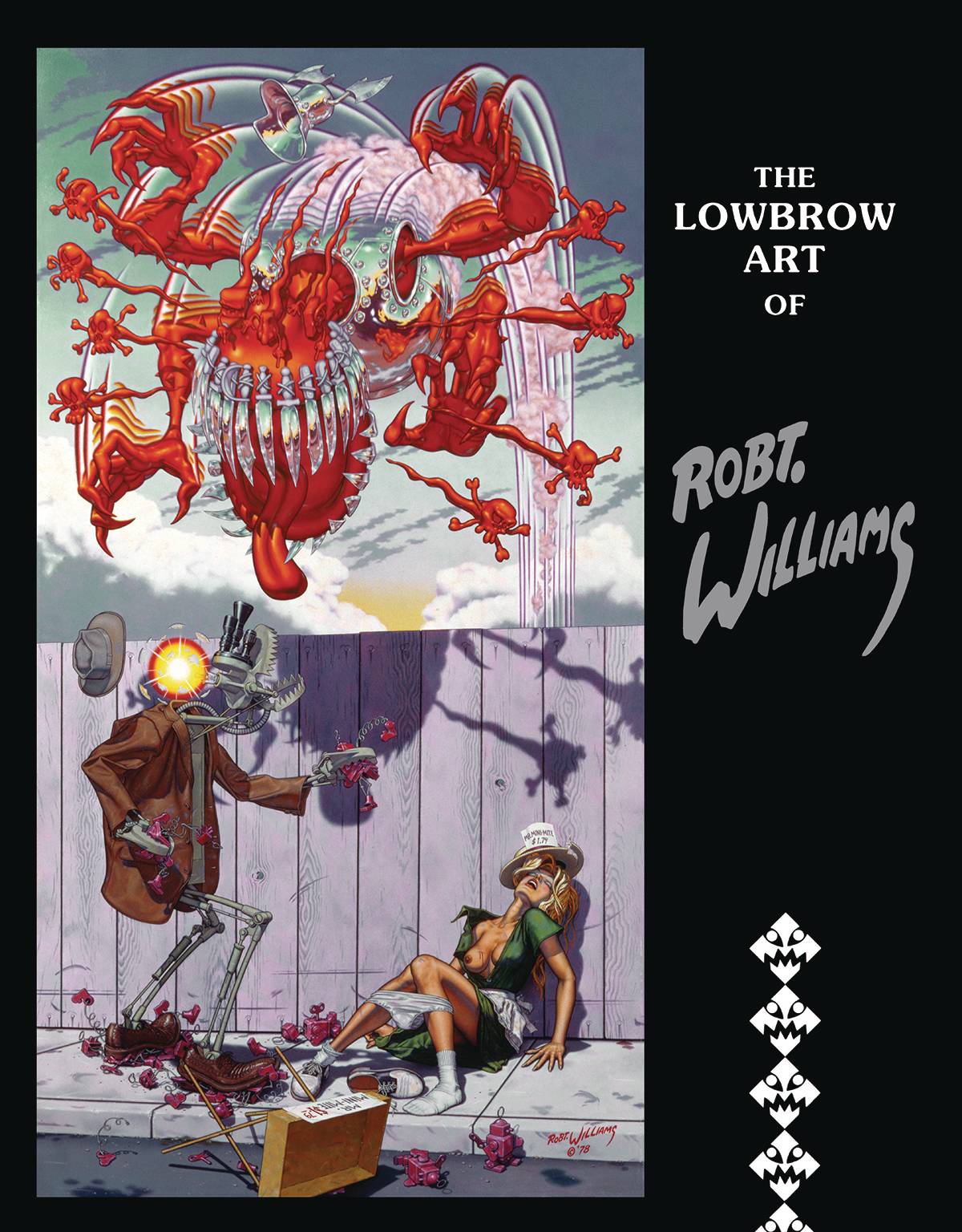 #
OCT221795
(W) Robert Williams (A) Robert Williams
This book is the first to featuring the amazing artwork of Robert Williams, containing an overview of Williams's early work until 1979. In the late 20th and 21st century diverse forms of commonplace and popular art appeared to be coalescing into a formidable faction of new painted realism. The phenomenon owed its genesis to a number of factors. The new school of imagery was a product of art that didn't fit comfortably into the accepted definition of fine art. This alternative art movement found its most congealing participant in one of America's most opprobrious and maligned underground artists, the painter, Robert Williams. This edition is enhanced with newer, more vibrant and accurate color images. T-shirt designs, comics, posters, and all paintings are accompanied by a text commenting on them and introducing Mr. Williams to the public.
In Shops: Dec 07, 2022
SRP: $25.00
ORDER WISH LIST