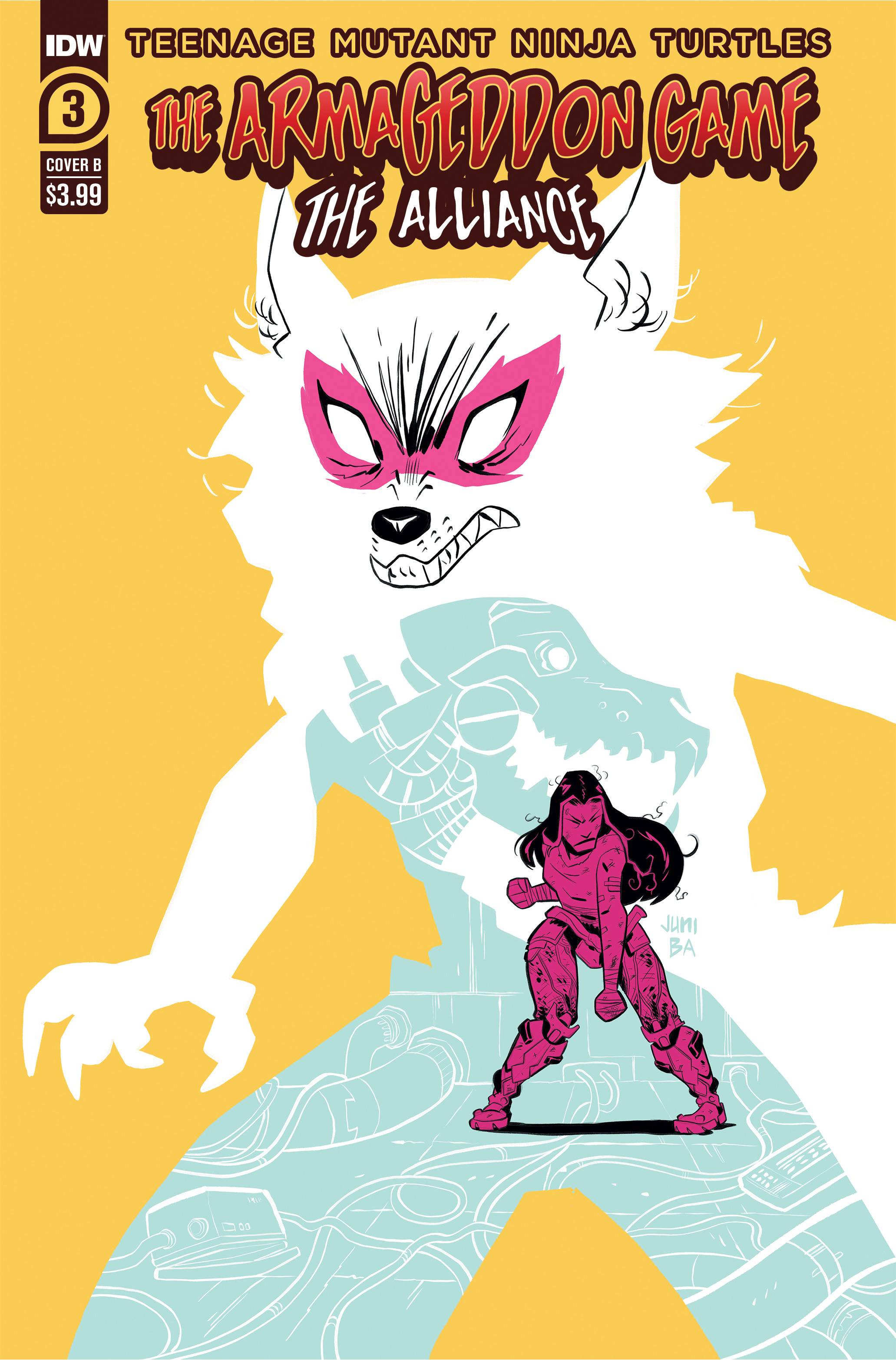 #
OCT221754
(W) Juni Ba (A/CA) Juni Ba
NOBODY AND ALOPEX! When former Purple Dragons gang leader Angel Bridge became the high-tech street vigilante known as Nobody, she felt like somebody for the first time in her life. Fighting crime alongside fellow heroes like the Mutant Turtles and her childhood friend Casey Jones-as well as the curmudgeonly scientist Harold Lilja, who designed her tech suit-gave the natural-born loner a new family and a new purpose. But as the Rat King's nefarious Armageddon Game takes hold on New York City and Mutant Town, Angel is finding herself alone and isolated once again, questioning her role and her resolve...and missing her best friend and sidekick, the mutant fox Alopex, who is having a similar crisis of faith. Now, with the fate of the city in the balance, can Nobody and Alopex reunite to rise above their doubts and become the bombastic crime-fighting duo they once were? Written and illustrated by superstar creator Juni Ba (TMNT Annual 2022)!
In Shops: Jan 04, 2023
SRP: $3.99
View All Items In This Series