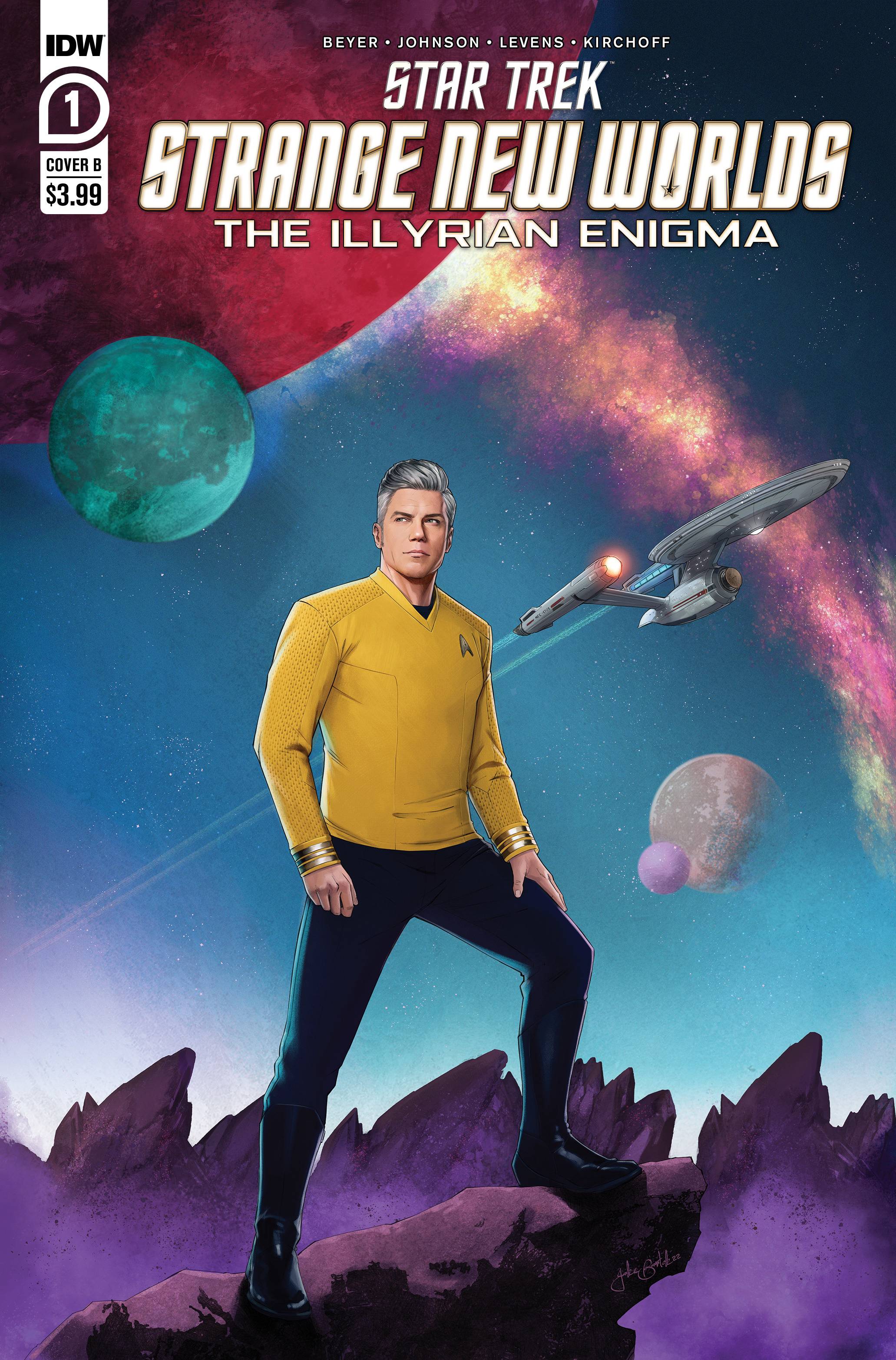 #
OCT221744
(W) Kirsten Beyer, Mike Johnson (A) Megan Levens (CA) Jake Bartok
Journey to new reaches in this exclusive comic tie-in set between seasons one and two of fan-favorite Paramount+ series Strange New Worlds!With Una accused of unlawful genetic modification by Starfleet, Captain Pike sets out in search of evidence that could prove her innocence.From the mighty pens of Trek duo Kirsten Beyer and Mike Johnson (Picard-Stargazer, Discovery-Adventures in the 32nd Century, Light of Kahless, and more!) with art by Megan Levens (Buffy the Vampire Slayer and Star Trek: The Mirror War-Troi).
In Shops: Dec 21, 2022
SRP: $3.99
View All Items In This Series
ORDER SUBSCRIBE WISH LIST