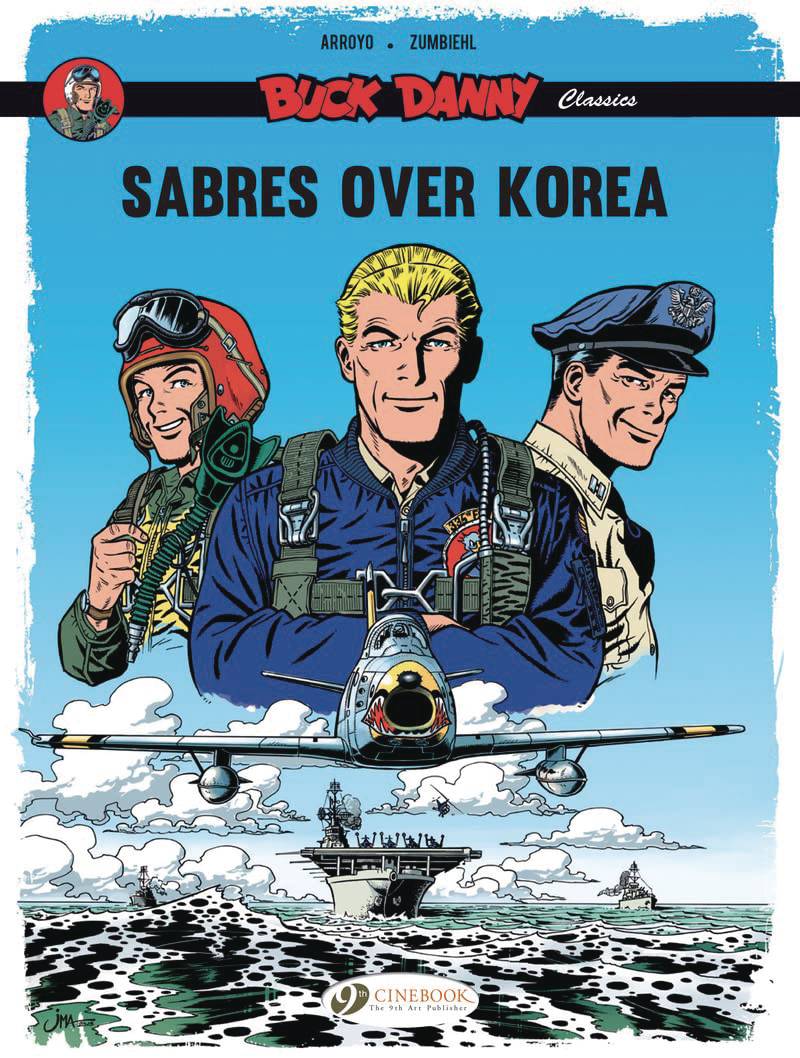 #
OCT221536
(W) Frederic Zumbiehl (A) Jean-Michel Arroyo
Mixing historical references with fiction, Buck Danny is one of the most important classic Franco-Belgian comic strips. War has engulfed Korea, where the great powers are fighting to ensure the domination of their ideology. With the introduction of the superb MiG-15, the North Koreans and Chinese are on the verge of gaining air supremacy. Even American jets can only compete because of the superior training of their pilots. With the threat of veteran Soviet pilots tipping the balance, Buck is tasked with testing a new, far more formidable version of the F-86 Sabre in combat conditions. But saboteurs lurk...
In Shops: Jan 25, 2023
SRP: $11.95
View All Items In This Series
ORDER SUBSCRIBE WISH LIST