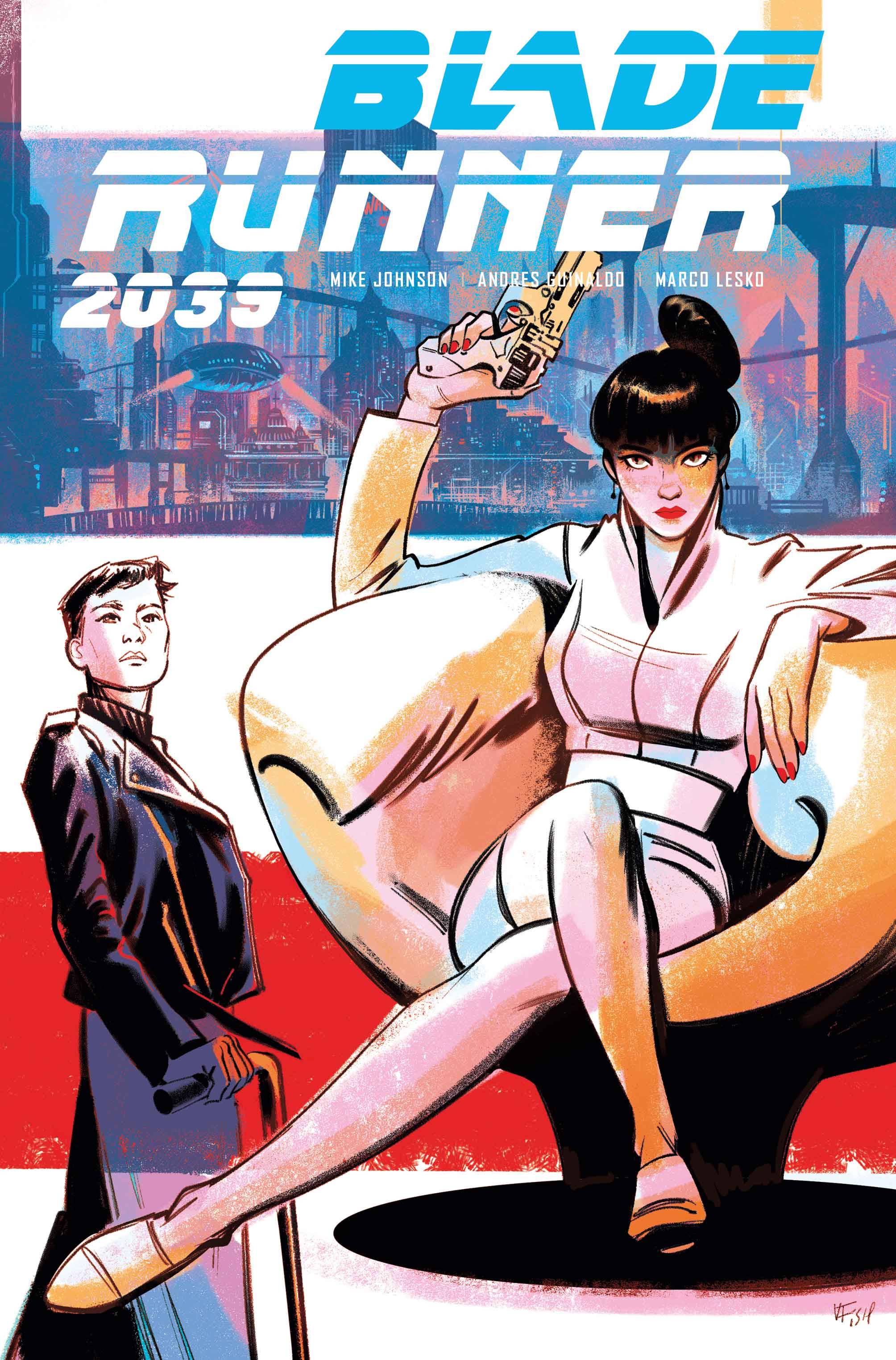 #
OCT221245
(W) Mike Johnson, Mellow Brown (A) Andres Guinaldo (CA) Veronica Fish
Los Angeles 2039. It has been three years since Niander Wallace introduced his brand of 'perfectly obedient' Replicants, and the ban on synthetic humans has been lifted, at least for the new Wallace models?the older Tyrell Corp's Nexus 8 units are still hunted by Blade Runners. Cleo Selwyn, first seen as a small child in Blade Runner 2019, has returned to L.A. some twenty years later, searching for Isobel, a Replicant copy of her real mother who died when she was three. Cleo believes that Niander Wallace is holding Isobel captive, and the only person she can call on for help is the one who saved her so many years ago: Aahna 'Ash' Ashina, now an aging and disgraced ex-Blade Runner.
In Shops: Dec 07, 2022
SRP: $3.99
View All Items In This Series
ORDER SUBSCRIBE WISH LIST