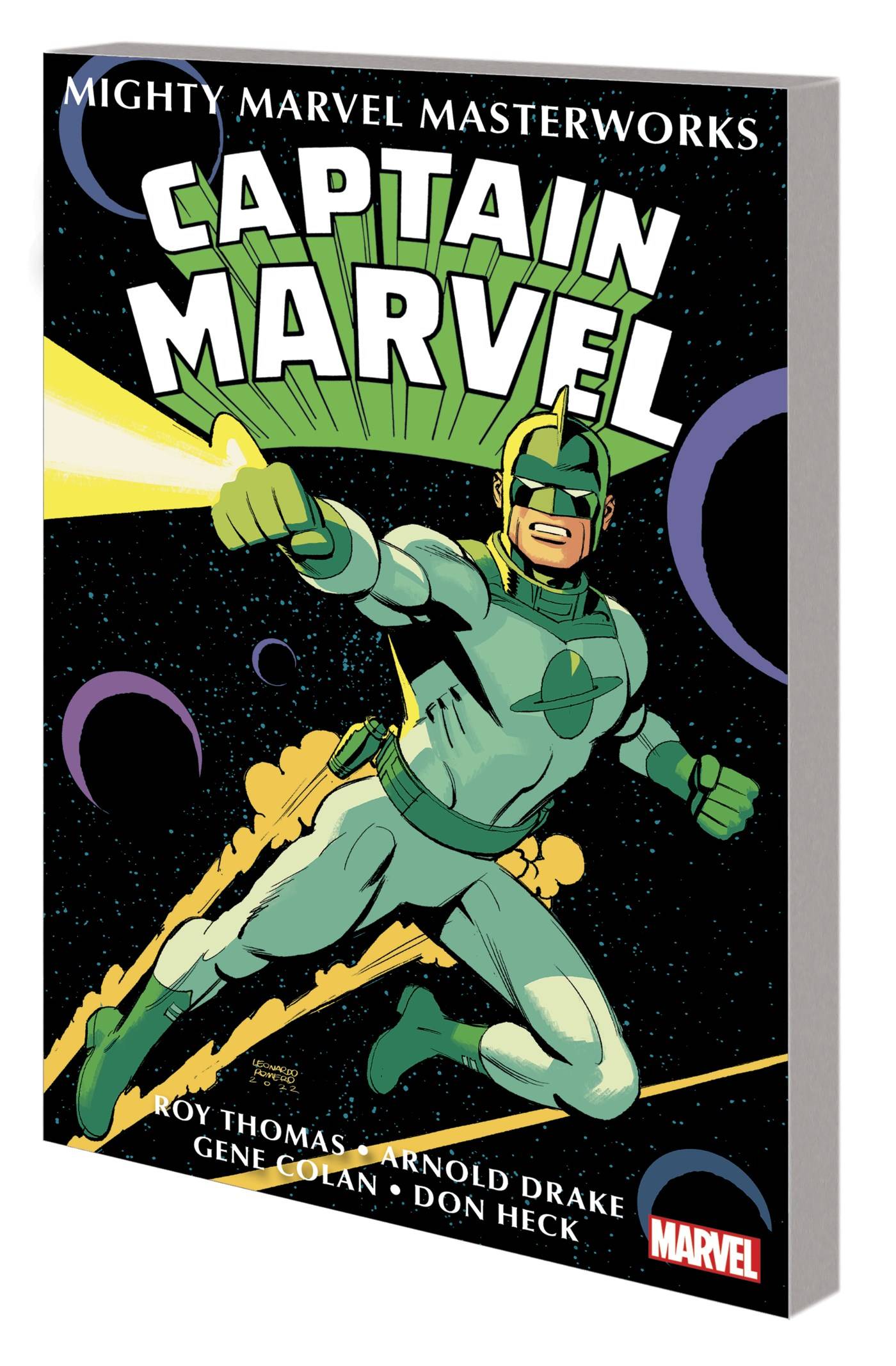 #
OCT221047
(W) Roy Thomas, Various (A) Gene Colan, Don Heck (CA) Leonardo Romero
Watch the skies - Captain Marvel, the space-born super hero, is coming! Branded a traitor to the alien Kree race for defending the natives of Earth, Captain Mar-Vell assumes the human identity of Walter Lawson and becomes our planet's protector against an awesome array of interstellar enemies! The massive Sentry #459, the savage Super-Skrull, Prince Namor the Sub-Mariner and Quasimodo the Living Computer all wage war against Captain Marvel here in his very first adventures! There's plenty of drama as well, with Kree medic Una and Earth's own Carol Danvers both catching the Captain's eye. Crafted by top talents of the Marvel Age, this one's certifiably out of this world! Collecting MARVEL SUPER HEROES (1967) #12-13, CAPTAIN MARVEL (1968) #1-7 and material from NOT BRAND ECHH #9.
In Shops: Feb 08, 2023
SRP: $15.99
View All Items In This Series
ORDER SUBSCRIBE WISH LIST