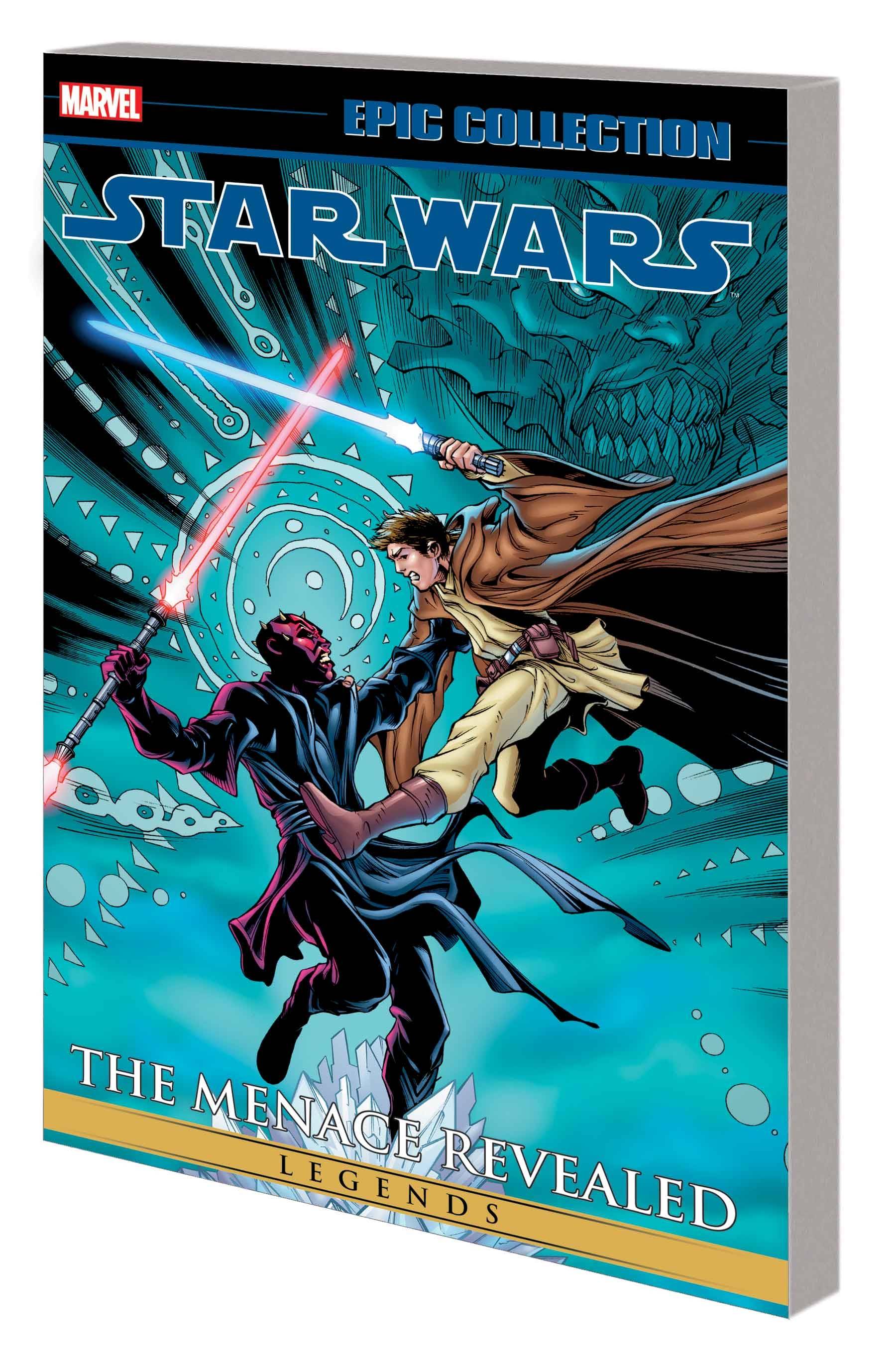 #
OCT221041
(W) John Ostrander, Various (A) Davide Fabbri, Various (CA) Pop Mhan
The Stark Hyperspace War! The Jedi Council have revealed their part in a sensitive conflict from the past - but what role did Obi-Wan's recently deceased mentor, Qui-Gon Jinn, play? Meanwhile, Obi-Wan must confront his feelings about Qui-Gon's death if he is to train his own new apprentice, Anakin Skywalker! Elsewhere, the double-dealing Villie Grahrk boasts of a recent encounter with the Jedi Council - but will anyone believe him? Either way, Villie's path is about to cross with the Jedi again as Aayla Secura reunites with her former teacher Quinlan Vos in their deadliest adventure yet! And legendary bounty hunters Zam Wesell and Jango Fett clash as they each try for the biggest score of their lives. Who will walk away? Collecting STAR WARS (1998) #36-45, STAR WARS: JEDI QUEST #1-4, STAR WARS: JANGO FETT and STAR WARS: ZAM WESELL.
Rated T
In Shops: Jan 18, 2023
SRP: $39.99
View All Items In This Series
PREORDER SUBSCRIBE WISH LIST