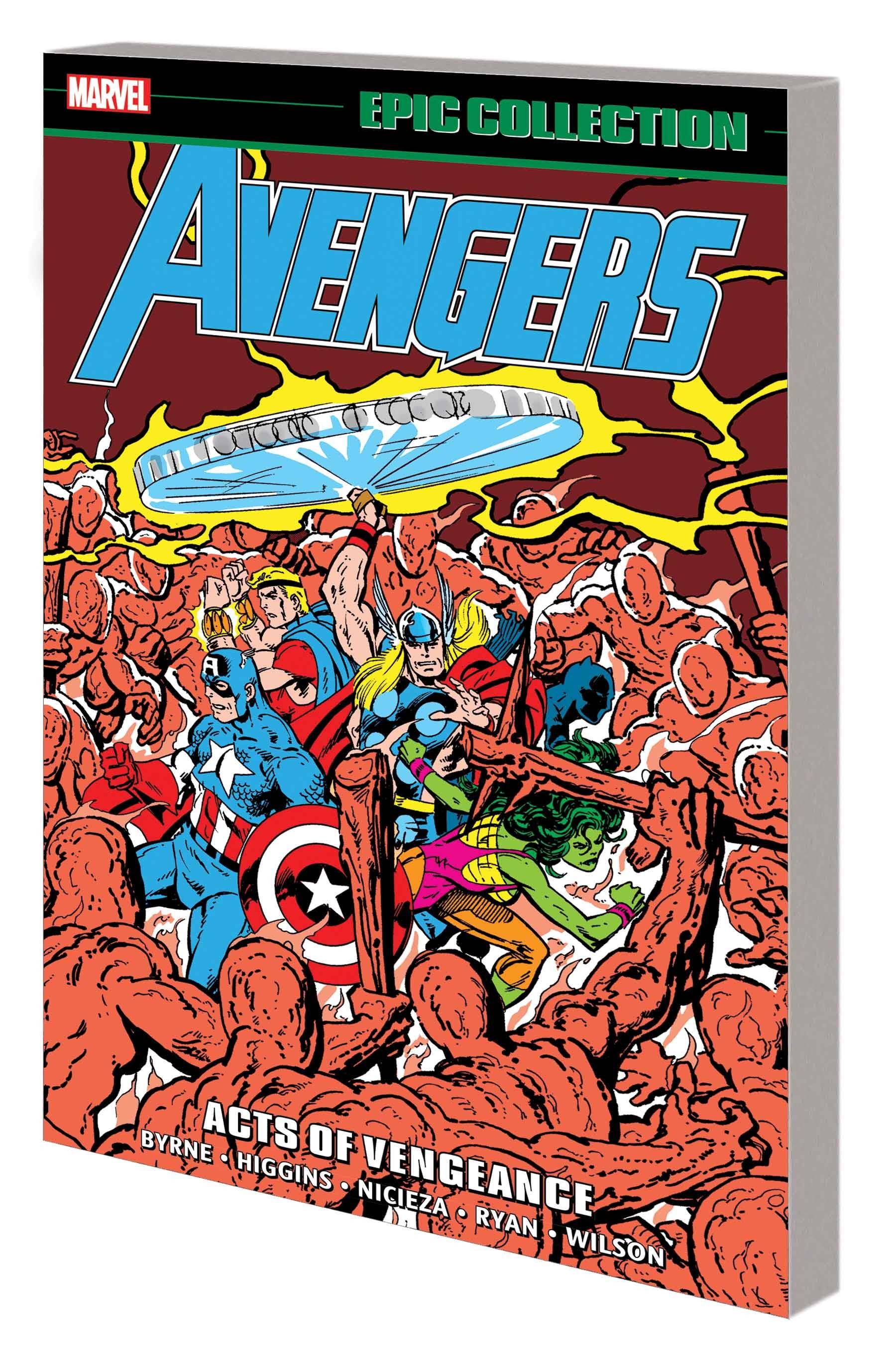 #
OCT221038
(W) Danny Fingeroth, Various (A) Rich Buckler, Various (CA) John Byrne
Villains assemble! A new era begins for the Avengers with a fresh approach and a revamped roster including Quasar, She-Hulk and the Black Panther! But the team is soon pushed to its limits when the Lava Men attack! And when the Eternals' home of Olympus vanishes, the trail leads to the Negative Zone. Can Sersi help the Avengers save Gilgamesh and locate her people? Then, a host of Marvel's biggest bads join forces - and swap enemies! Thrown off-balance by an onslaught of unfamiliar foes, Avengers East and West must face Freedom Force, the U-Foes, the Mole Man and more - and discover the true architect of these Acts of Vengeance! And when the space pirate Nebula schemes to destroy the universe, will Spider-Man save the day - and join the team?! Collecting AVENGERS (1963) #304-318 and ANNUAL #18, and AVENGERS WEST COAST #53-55.
Rated T
In Shops: Feb 08, 2023
SRP: $44.99
PREORDER WISH LIST