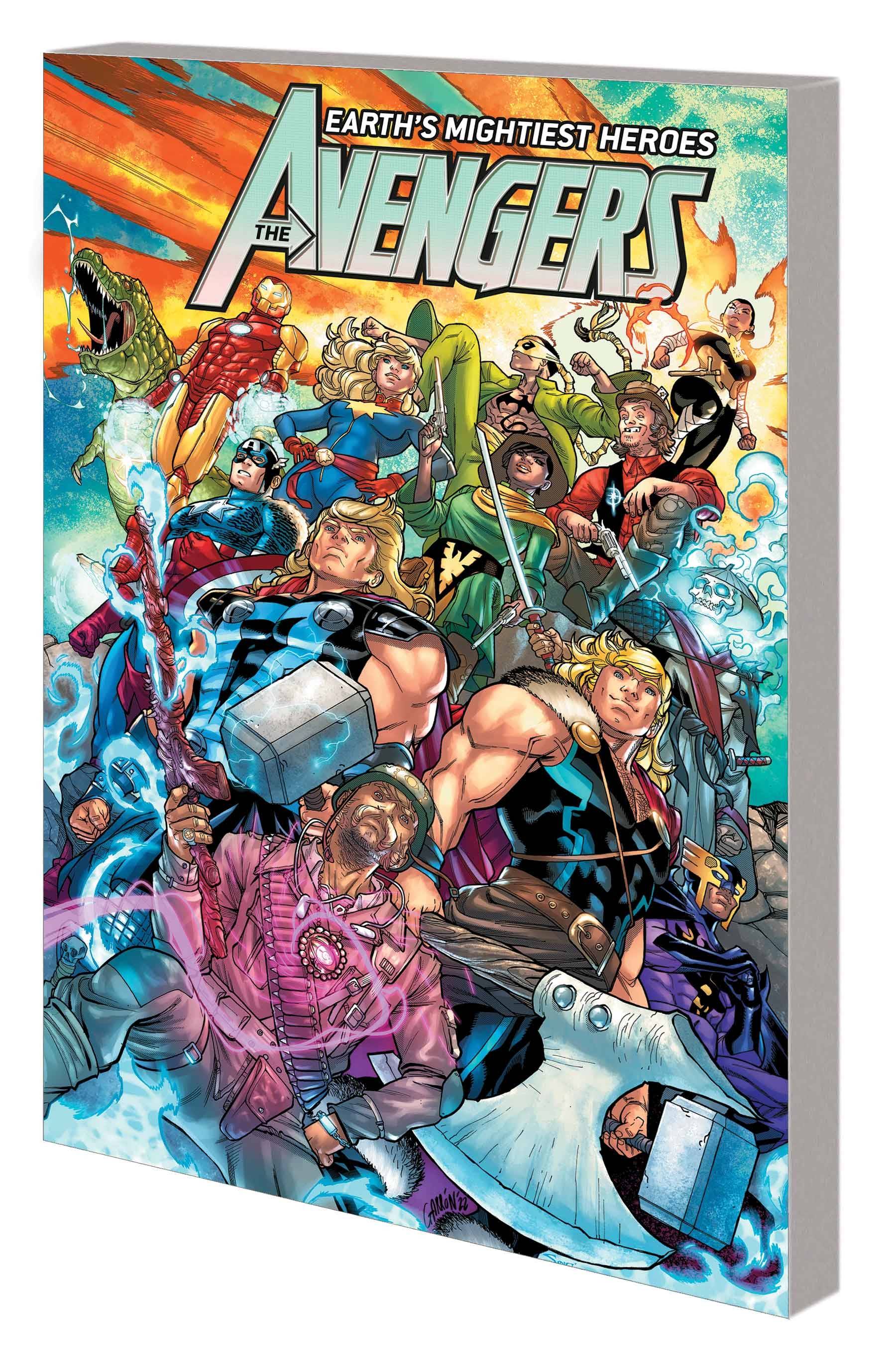 #
OCT221024
(W) Mark Russell, Jason Aaron (A) Various (A/CA) Garron, Javier
The Avengers are lost in time! If Earth's Mightiest Heroes have any hope of stopping Mephisto's grand plan, they'll need help from legendary champions from different eras whose stories have never been told - until now! Legends like the mystical man of war, Sgt. Szardos, Soldier Supreme of World War II; the fabled Ghost Ronin of Japan's Edo Period, who walks by night and wields a blade forged by hellfire; and Reno Phoenix and the Starbrand Kid in the Old West! Is that enough to force a showdown with the forces of Mephisto? Or will the Avengers be trapped in the past forever? Featuring the long-awaited return of the Avenging archer, Hawkeye! Collecting AVENGERS (2018) #57-62.
Rated T+
In Shops: Feb 08, 2023
SRP: $17.99
View All Items In This Series
ORDER SUBSCRIBE WISH LIST